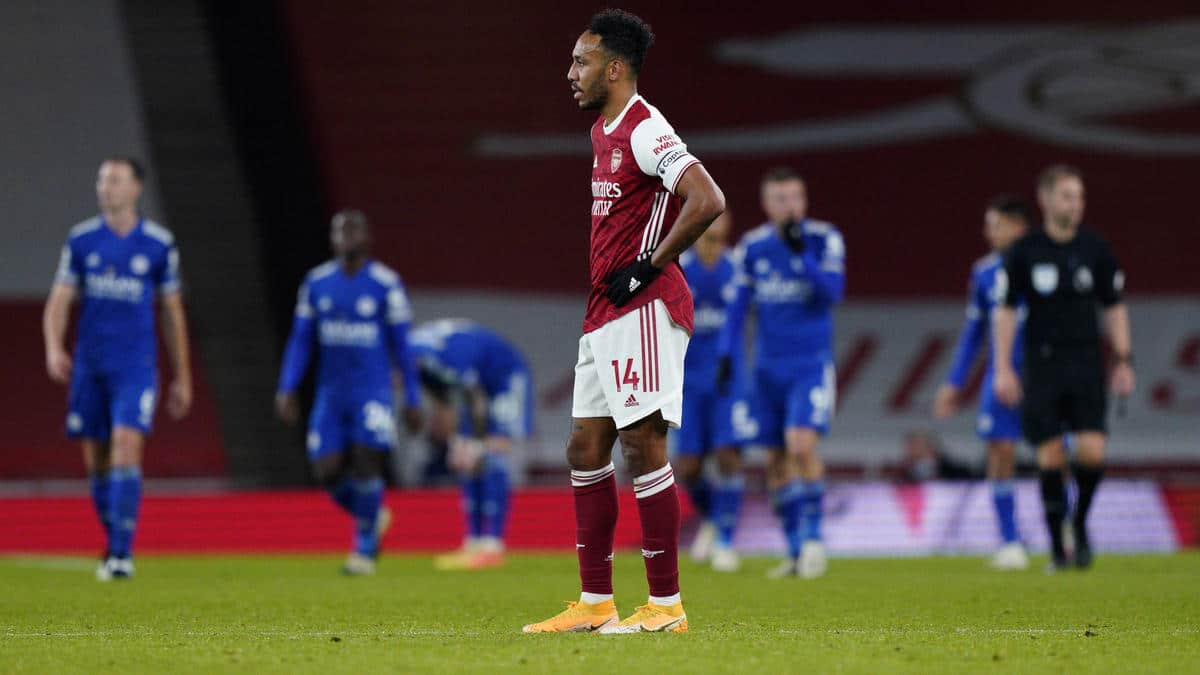 FC Arsenal missed out on jumping to fourth place in the Premier League with a win over Leicester City. The Gunners suffered a 0-1 (0-0)loss in their home game against Leicester City. Jamie Vardy, who has been

playing in Leicester for eight years and was traded in after an hour, won the game in the 80th minute.

Previously, Arsenal defense chief David Luiz had to be replaced injured after 49 minutes, for which Shkodran Mustafi came. Meanwhile, leading FC Everton collected the first defeat of the season at 0-2 in Southampton and had to score points for city rival Liverpool in the table.

The Reds, who had to give up the injured Virgil van Dijk for weeks, had scored a 0-1 deficit against Sheffield United the day before by scoring goals by Roberto Firmino (41st) and Diogo Jota (64th) and scored the fourth victory of the season.

Bellingham about starting at BVB: “Feels huge”
ManUnited turns Sancho into “Project Number 7”
We use cookies to ensure that we give you the best experience on our website. If you continue to use this site we will assume that you are happy with it.Ok