Kevin Wimmer near Hannover 96 in a dead end street 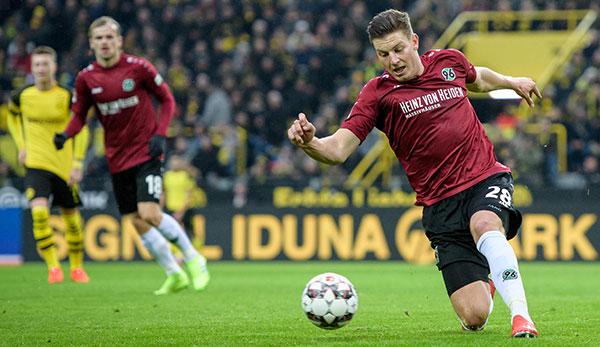 Kevin Wimmer has a difficult standing at Hannover 96 in the German Bundesliga. With 14 points almost hopelessly on the last place, a clause in the ÖFB regional loan contract now causes a tricky stalemate.

Should Wimmer be used in the current season in more than 24 games over 45 minutes, the Bundesliga club would have to commit the defender for a solid 12 million euros. With this, Wimmer would even rise to the record transfer of the 96s, although the team is likely to relegate to the 2nd league.

Last summer, Hanover paid around 1.5 million euros to Championship Club Stoke. The 26-year-old was in the defensive at the start of the season and also played the last six Bundesliga games over the full distance. He is currently holding 22 competitive matches, 19 of which went over the 45-minute mark.

In addition to Wimmer, striker Takuma Asano also has such a clause. FC Arsenal will be delighted to receive a sum of around three million euros if the Japanese player is fielded once again in the current season.

The remaining program of Borussia Dortmund in the Bundesliga