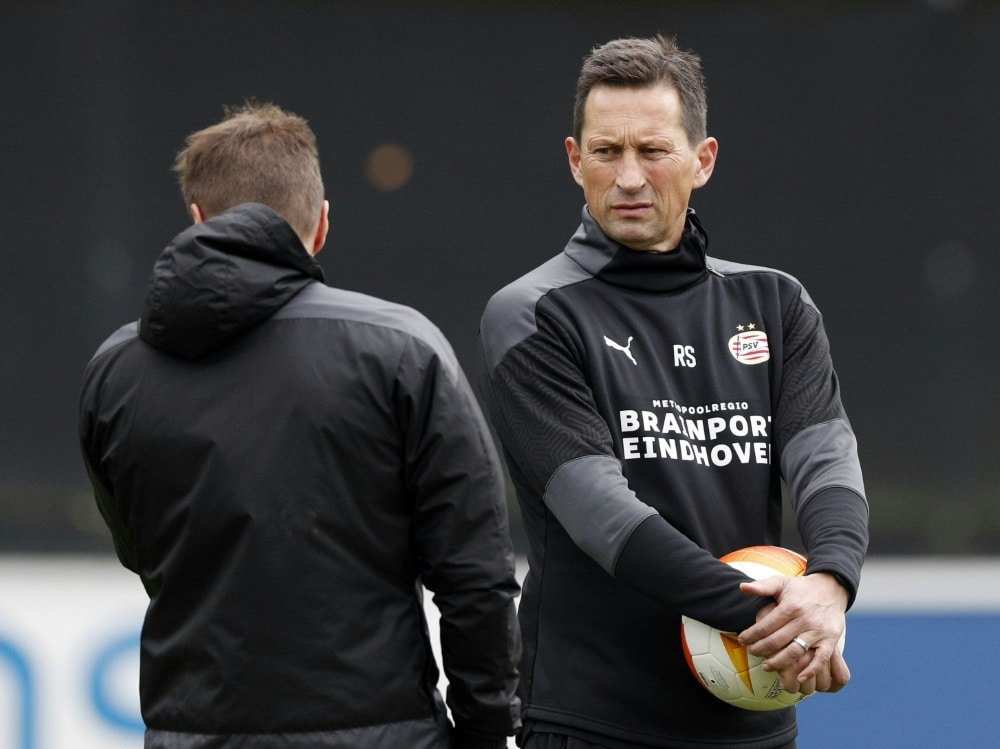 Coach Roger Schmidt of the Dutch top club PSV Eindhoven threatens to disrupt the sports jurisdiction of the Dutch football association KNVB. An investigation was initiated against the German coach.

Last Sunday Schmidt received a yellow card from referee Bas Nijhuis in the first half of the game of the Honorary Division against Sparta Rotterdam because Schmidt had complained constantly about Nijhuis to the Fourth Official.

Schmidt said that the players were exposed to a higher risk of injury due to the game on an artificial turf pitch covered with a thin snow cover and the referee had to take this into account.

“He didn’t whistle in the first 20 minutes. Then players think they can afford anything without getting a Yellow Card. This also injured Gakpo, “Schmidt said.

PSV striker Cody Gakpo cannot be used for several weeks due to injury.