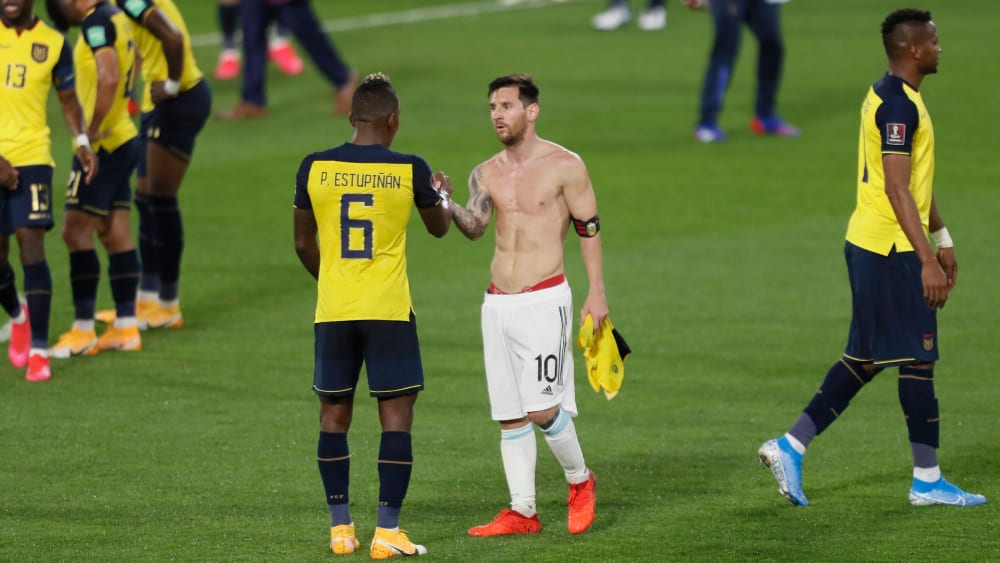 The stars met, the favourites won: The South American eliminatorias started without surprise – but with Lionel Messi as goalscorer from the service.

In the end it was Messi who guaranteed Argentina a 1-0 victory against Ecuador: As in the other places without spectators, but with loud support by boxing, the Albiceleste took the first chance to lead in the legendary Bombonera of Buenos Aires. Lionel Messi, whose red block from Copa America was simply statute-barred last year during the coronavirus break, turned a foul foot in the 13th minute.

This was preceded by a decisive ball loss by Augsburg’s Carlos Gruezo. The video assistant eventually decided after foul to Lucas Ocampos (FC Sevilla) on penalty. In the final quarter of an hour Leverkusen forward Lucas Alario was also used in Argentina – his club colleague Exequiel Palacios sat on the bench for the full 90 minutes.

Alexis Sanchez counters Suarez
In Montevideo, seconds before the end, there was horror, but then relief. But in turn: Atletico attacker Luis Suarez had led the home team by penalty (39.) after the referee had decided on handball in the penalty area after studying the TV pictures on the edge of the field. Chile fought against the defeat and equalised by Alexis Sanchez in the 54th minute – Leverkusen’s Charles Aranguiz prepared for it 1-1.