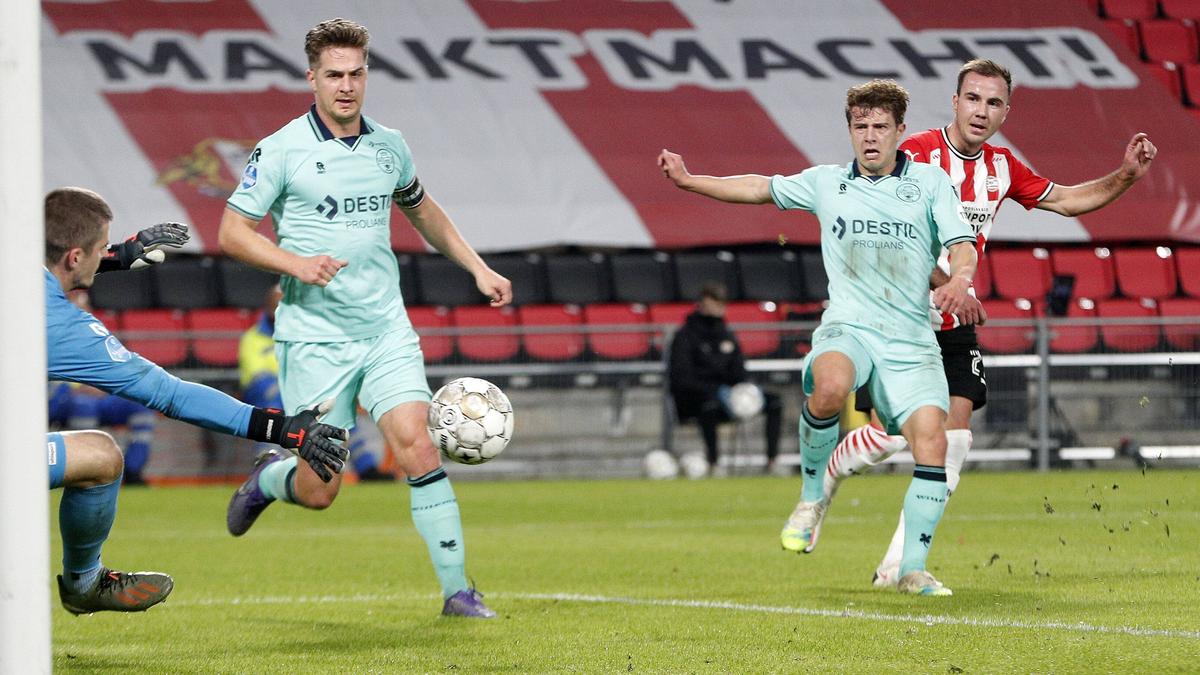 Ex-BVB professional Mario Götze and new national player Philipp Max have led PSV Eindhoven to the next victory in the Dutch Eredivisie. Against Willem II from Tilburg, the team of the two Germans prevailed 3-0 on

the 8th day of the match. After just 14 minutes, ex-Augsburg Max led the hosts 1-0. The 27-year-old accepted a model from Pablo Rosario in full swing and completed from a short distance.

Less than ten minutes later, it was Götze who benefited from a solo by Denzel Dumfries. The right-wing defender maintained the ball at the baseline and returned it at the right moment to the ex-porter, who sank

the ball from six meters into the long corner (22). For Götze, who was substituted in the 74th

minute, it was his third goal in the sixth competitive game for his new club. Former Bavarian professional sees red
A former professional of FC Bayern ensured the negative climax of the match in the second half. Derrick Köhn, under contract in Munich from 2017 to 2020, was put off the pitch after a brutal start after a good hour with smooth red. Köhn climbed on his opponent’s calf with his leg stretched out and was quite rightly sent into the cabin prematurely.