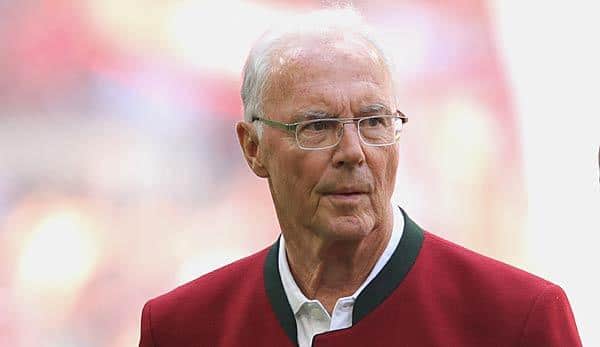 Due to his health problems, Franz Beckenbauer could escape punishment in the scandal surrounding the award of the 2006 World Cup. The Neue Züricher Zeitung reports that the then World Cup Organizing Director, who had recently admitted an eye infarction, is no longer fit to be questioned by the Swiss Attorney General’s Office.

The BA did not wish to comment on the fact that possible criminal consequences could become statute-barred, as the NZZ wrote, in response to a SID request. However, the Authority confirmed that ‘the parties involved had been informed of their intention to separate the proceedings against the defendant Franz Beckenbauer and to continue them separately’. An inquiry to Beckenbauer’s management regarding the NZZ report initially remained unanswered.

In concrete terms, this is about 6.7 million euros, which the German World Cup Organising Committee allegedly transferred to former adidas head Robert Louis-Dreyfus via FIFA in 2005. It was exactly this sum that had obviously been paid to former FIFA scandal official Mohamed bin Hammam in Qatar three years earlier in the form of preliminary performances by Beckenbauer and Louis-Dreyfus.

DFB: Grindel talks about resignation for the first time
Bode to DFB speculations: “Number too big for me”