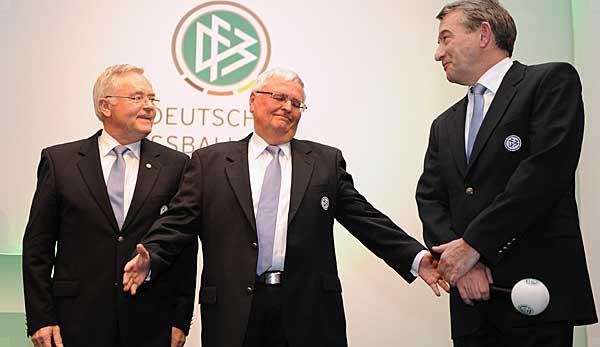 At the same time, the BA announced that the proceedings against the then OC boss Franz Beckenbauer had been severed and would be continued separately. The reason for this is Beckenbauer’s state of health, which, according to the BA, “does not permit participation or questioning in the main hearing before the Federal Criminal Court”. This could delay the entire procedure – and lead to it being discontinued due to the statute of limitations.

BA opened proceedings against the defendants on 6 November 2015. By the end of April 2020, the Federal Criminal Court in Bellinzona must issue a first-instance ruling in order to avoid the statute of limitations. The BA initially left open the penalties threatening Zwanziger, Schmidt and Linsi (fraud in complicity) as well as Niersbach (aiding and abetting fraud) at SID’s request.

In concrete terms, it is about the 6.7 million euros that were presumably transferred in 2005 from the German World Cup Organising Committee to the former adidas boss Robert Louis-Dreyfus via the world association FIFA. Exactly the same sum had obviously gone to Qatar three years earlier in the form of preliminary contributions from Beckenbauer, the central figure in the whole scandal, and Louis-Dreyfus to former FIFA scandal official Mohamed bin Hammam.

For the transfer to FIFA, the 2005 World Cup organisers deliberately faked an event (World Cup cultural programme). However, because the DFB was later also tax-reducing as a result of the payment being concealed, the public prosecutor’s office also investigated the suspicion of tax evasion.

Beckenbauer: Condition massively deteriorated?
EM 2020 does not take place
We use cookies to ensure that we give you the best experience on our website. If you continue to use this site we will assume that you are happy with it.Ok