Bode to DFB speculations: “Number too big for me” 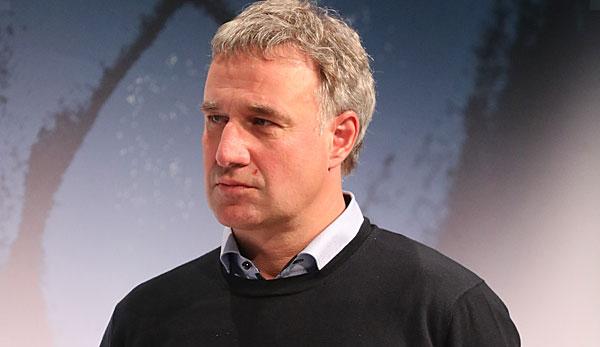 Werder Bremen’s chairman of the supervisory board, Marco Bode, has rejected speculations about a change as president of the DFB. The European Champion of 1996 can certainly imagine a future cooperation, “but a role at the top of this structure as president is too big for me,” said Bode, who celebrated his 50th birthday on Tuesday, in an interview with Sportblitz of Radio Bremen.

“I believe there are great challenges for the DFB, after all the experience of recent years,” said the former international. At the moment it is “still relatively unclear” where it is going with the association. But he stressed that the desire was already there “to participate in a team or in a new structure in some way”. The first thing to do is to “wait and see how certain decisions are made and how the structure will change”.

After Claudia Roth, Vice President of the German Bundestag, kicker publisher Rainer Holzschuh recently brought the long-time Bundesliga professional into play for the vacant post. “That was a funny idea from Claudia Roth,” Bode now said: “I smiled about it and was a little pleased that she thought I could do it.”

Bode favours a modern structure for the DFB, like in a company. “With strong operational, but also, of course, control,” said Bode in reference to the structure at Werder. “But no one can lift it alone, everyone at the DFB knows that.”

Between 1989 and 2002, Bode played for Werder in the highest German league and, with only ten warnings in 379 Bundesliga matches, is one of the fairest players in league history. With Bremen, the club’s honorary captain won the DFB Cup three times, the championship title in 1993 and the European Cup Winners’ Cup in 1992.

Bode celebrated his greatest success with the national team with his triumph at the 1996 European Championship in England. He played his last of 40 international matches in the 2002 World Cup final, when Germany defeated Brazil 0:2. He has been a member of the Werder control committee since 2012.

Media: Beckenbauer could escape punishment for World Cup scandal
Beckenbauer: Condition massively deteriorated?
We use cookies to ensure that we give you the best experience on our website. If you continue to use this site we will assume that you are happy with it.Ok