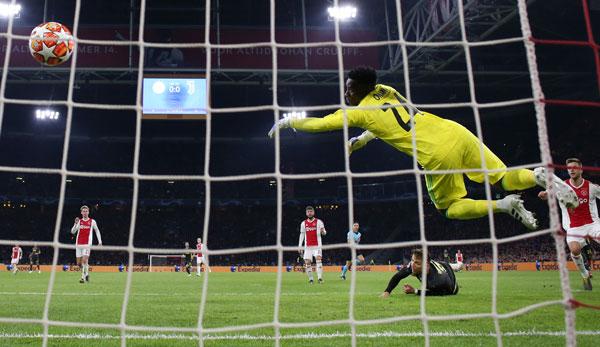 Thanks to superstar Cristiano Ronaldo, Juventus Turin can also look forward to a place in the semi-finals of the Champions League against Ajax Amsterdam.

With a goal from the Portuguese (45th), the Italian record champion, who was weak for most of the match, scored a 1-1 (1-0) goal against the committed outsider, and will enter the second leg of the quarter-finals next Tuesday with a good starting position.

Ajax, on the other hand, must show similar qualities as a round before. There the Dutch had eliminated the defending champions and former Ronaldo club Real Madrid 4-1 in the return leg. David Neres, however, improved his club’s prospects considerably with his goal (46th).

Ronaldo, who suffered an injury to his right thigh in the international match against Serbia on 25 March (1-1), was in the starting line-up as expected in front of 50,390 spectators. German international Emre Can was eliminated due to injury and 2014 World Champion Sami Khedira was substituted in injury time.

The hosts, with whom Alfred Schreuder, the future coach of Bundesliga club TSG Hoffenheim, still works as co-coach, once again had their hopes pinned on Dusan Tadic. The Ajax player was instrumental in the sensational progress of coach Erik ten Hag’s team against Madrid.

And also against Juve Ajax cheerfully played off. The hosts attacked early and pushed Juve back. After 18 minutes, goalkeeper Wojciech Szczesny from Turin had to clear a shot from Hakim Ziyech, and Donny van de Beek was narrowly missed a little later. There was almost nothing to see of Ronaldo at that time.

Although the Turin side came into the game better after half an hour, the hosts were still closer to the lead. But then came Ronaldo. After a throw-in the visitors combined through the midfield, after a cross Ronaldo stood completely free in the penalty area and scored by head (45.).

Ajax, however, was not shocked. Only two minutes after the break they made use of a mistake by the Turin back team, David Neres shot a nice shot into the corner.

The hosts had in the further course of the game more of the game and showed themselves more than equivalent. The Turin midfield was seldom accessed and often failed to keep Ajax away from their own goal.

Kane threatens out of season: “Very, very sad”
Messi humiliates United: “Just doesn’t give a better one”
We use cookies to ensure that we give you the best experience on our website. If you continue to use this site we will assume that you are happy with it.Ok