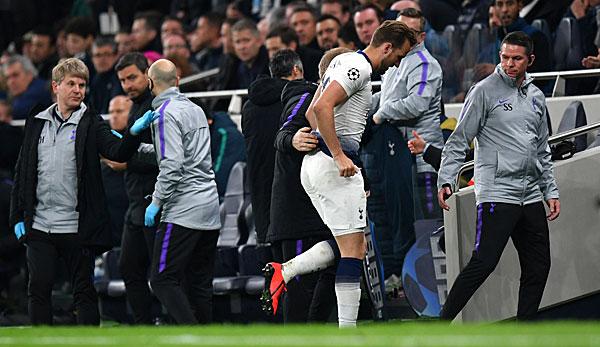 Harry Kane of the Tottenham Hotspur probably injured himself badly in the quarter-final first leg of the Champions League against Manchester City (1-0). The striker had to be replaced in the 58th minute.

“It’s very, very sad. We will miss him – maybe for the rest of the season,” coach Mauricio Pochettino said after the game. Kane’s opponent Fabian Delph had unintentionally climbed on his ankle in a duel at the sidelines.

Due to a torn ligament in the ankle, Kane had already been absent for around one and a half months at the beginning of the year. “It seems to be the same injury again,” said Pochettino.

With 24 goals in 38 competitive games, he is once again Tottenham’s most dangerous attacker this season.

Who will show the second legs?
Ronaldo goal saves Juve draw in Amsterdam
We use cookies to ensure that we give you the best experience on our website. If you continue to use this site we will assume that you are happy with it.Ok