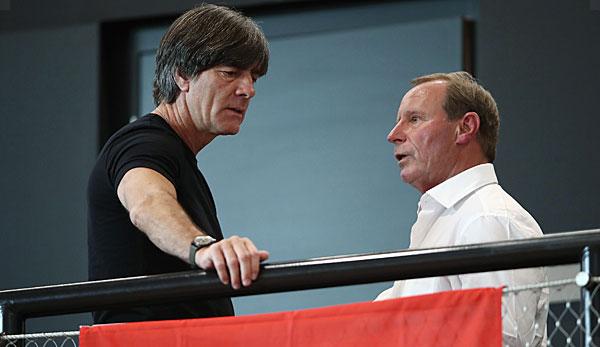 “I thought that was an April fool’s joke. The DFB can no longer preach fan proximity and then live abroad – even if it’s not far from the border,” Vogts wrote in his column at t-online.de: “I can’t understand that, and I wouldn’t have been able to do it.”

The DFB will meet in Venlo in preparation for the European Championship qualifying match in Belarus (8 June). A public training match will take place in Aachen on 5 June, before the team will travel to Belarus two days later.

One day after the qualifying match, the DFB team will move into their quarters in Mainz, where a duel with Estonia will take place on 11 June.

Goalkeepers worry Löw
Corruption in perimeter advertising? DFB investigates “anomalies
We use cookies to ensure that we give you the best experience on our website. If you continue to use this site we will assume that you are happy with it.Ok