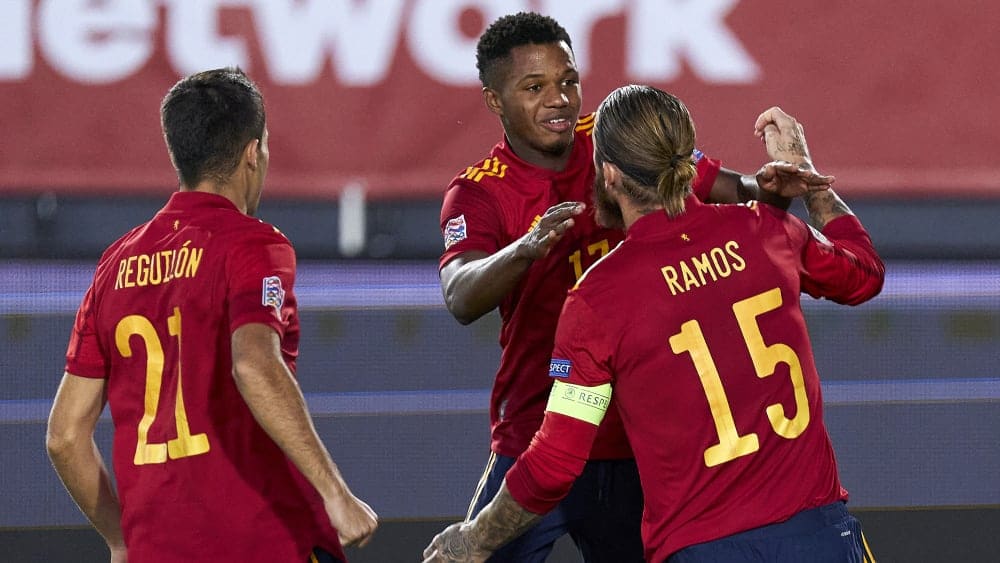 In Group 4 of League A, Spain clearly prevailed in Madrid 4-0 against Ukraine. Captain Ramos once again proved to be the leader of his team. Youngster Ansu Fati played a strong first half and entered the history books.

After a 1-1 draw against the German team, Spain’s coach Luis Enrique started the rotation machine, only Keeper de Gea, central defenders Pau and Sergio Ramos, Jesus Navas and Bavaria’s Thiago were allowed to compete again. Otherwise, Barça youngster Ansu Fati and Dani Olmo, among others, were given the chance to prove themselves from the very beginning.

Ramos laces up the double pack
The match had hardly begun, with French referee Benoit Bastien pointing to the point. Ansu Fati did a cheeky hacking in the Kryvtsov Penitentiary – and was then hit. Captain Ramos changed the penalty due, but Pyatov was still there (3rd). From then on a one-sided game developed in which the Spaniards were superior, Ramos tested Pyatov by head (16th). In the 29th minute the man from Real Madrid did better when he lifted a header worth seeing over the Keeper into the goal (29th).

Diego Costa and Arias tested positive
For the third time Ancelotti: James leaves Real Madrid for good
We use cookies to ensure that we give you the best experience on our website. If you continue to use this site we will assume that you are happy with it.Ok