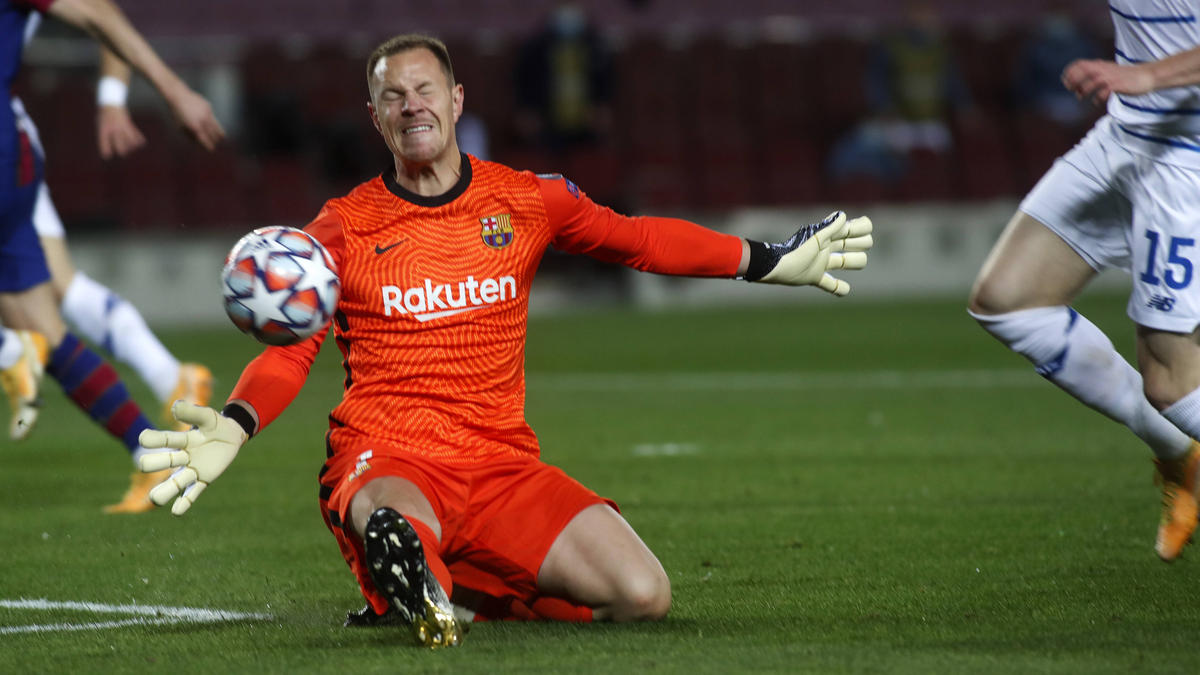 International Marc-André ter Stegen has made a strong comeback at FC Barcelona. The goalkeeper was instrumental in the victory against Dynamo Kiev in the Champions League.

Spain’s press outperformed the “holy” savior Marc-André ter Stegen in superlatives, and coach Ronald Koeman enthused about the brilliance of the German goalkeeper. After his dream comeback to FC Barcelona in the Champions League, the international was heaped with praise from all sides.

With impressive reflexes and strong positioning, ter Stegen had almost single-handedly saved the staggering football giant Barcelona from another setback in the 2-1 (1-0) against Dynamo Kiev. Whether hands, elbows or feet: With all means, the 28-year-old made up for the sometimes blatant weaknesses in Barca’s defense in his first assignment since the shame against Bavaria Munich

(2:8). “The sacred ter Stegen. The German kept his team alive with his parades. He is a life insurance company for Barcelona,” wrote ”

Ter Stegen, who had undergone an operation on the patella tendon in the right knee on 18 August, had been sorely missed. In the league, FC Barcelona is only twelfth after six match days. In the royal class, the record is spotless, but the power struggles between Lionel Messi and the club’s head and the more than tense financial situation recently caused a lot of unrest.