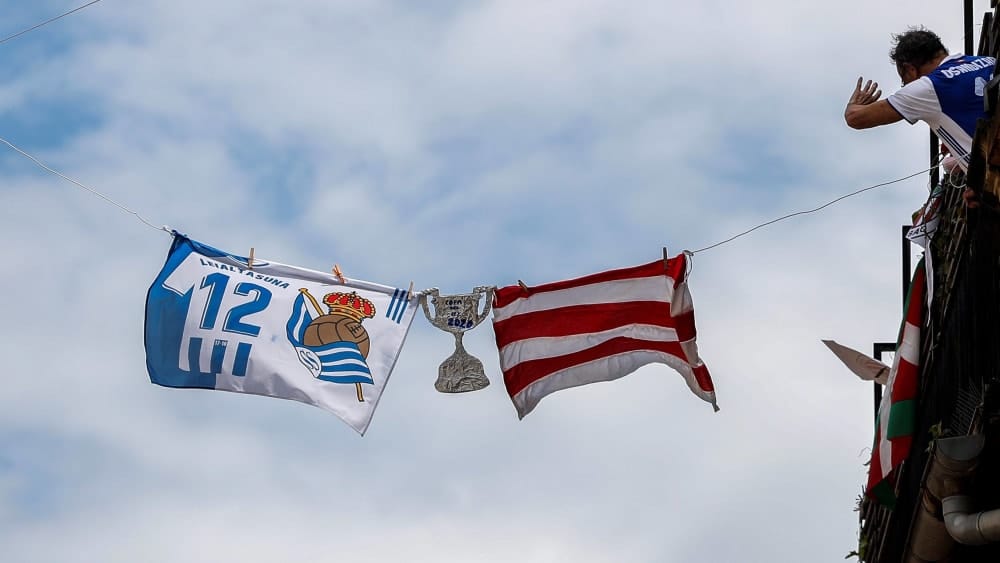 The cup finalists Athletic Bilbao and Real Sociedad have jointly applied to the Spanish Football Federation RFEF for permission to play the final of the Copa del Rey in front of spectators.

After a meeting with the president of the federation, the presidents of the traditional clubs have agreed to submit a joint request to play the Spanish Cup final in front of spectators at a later date. An agreement of all three parties could lead to this. The next RFEF General Assembly will meet next Friday, and a decision could already be made then. The final of this year’s Copa del Rey should have taken place on 18 April.

Surprising offer for Coutinho
UEFA allows season abandonment in certain cases
We use cookies to ensure that we give you the best experience on our website. If you continue to use this site we will assume that you are happy with it.Ok