The press conference in front of Belarus in the live ticker 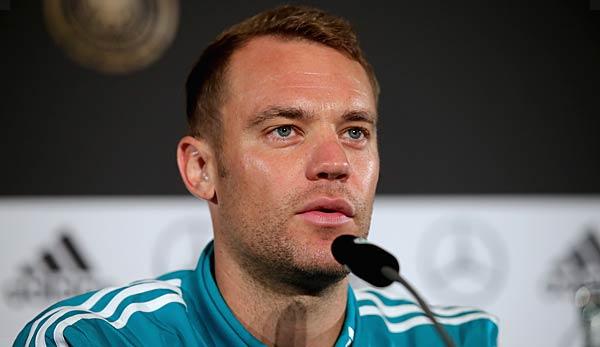 Captain Manuel Neuer and Jonathan Tah will answer questions from the media before the European Championship qualifying match against Belarus.

This article is continuously updated.

Before the start: The second big excitement was the news about a stay in Kranlkenhaus by national coach Jogi Löw. He had suffered a sports injury during a strength exercise last Thursday and was immediately admitted to the University Hospital in Freiburg. Although Löw is now back on the road to recovery, co coach Marcus Sorg will take his place on the side line for the two upcoming European Championship qualifying matches against Belarus and Estonia.

Before the start: The choice of accommodation in the Netherlands was the main source of criticism. DFB Director Oliver Bierhoff, however, showed little understanding for this: “It was just the European elections – the questions really amaze me. We want to move together.” One had been “very warmly received” there.

Before the start: The press conference from Venlo in the Netherlands will start at 12.30 pm. Participants are Captain Manuel Neuer and Jonathan Tah.

Three days after the match against Belarus, the DFB team receives the selection of Estonia.

The German national team defeated the Netherlands 3:2 in their first and so far only European Championship qualifying game. Now it’s up to the still pointless Belarusians.

Gündogan: “Not the top favourite for EM-winning”
That’s why Germany won’t be in the Nations-League-Final-Four
We use cookies to ensure that we give you the best experience on our website. If you continue to use this site we will assume that you are happy with it.Ok