I was sadder than ever at the World Cup 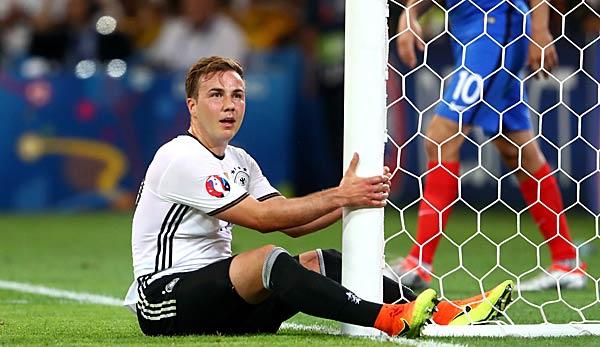 Borussia Dortmund’s midfield star Mario Götze has revealed how his life was during the 2014 World Cup, when he revealed that he was devastated before the final against Argentina, where he scored the winning goal for the German national team.

In an article for The Players’ Tribune, the 26-year-old gave an insight into his emotional world during the final round in Brazil and also revealed how the non-consideration in the starting formations of quarter-finals and semi-finals gnawed at him.

“Life is funny,” began Götze. “People are talking about the World Cup and my goal in the finals. I think they’re forgetting how crappy the tournament was for me before. Nobody remembers that I was substituted for Algeria in the round of sixteen during the break. But I remember that. In the quarter-finals against France, I wasn’t in the starting eleven and in the semi-finals against Brazil, I didn’t play at all. I wish I could say I handled it in a mature way. But I was probably sadder about it than I’ve ever been in my life before. There was absolutely nothing positive I could find. Before the final, I was really depressed.”

In the preliminary round Götze had played in the first two games from the beginning, in the 2:2 against Ghana also contributed a goal. But his performances in the offensive midfield and on the left side were viewed critically and national coach Joachim Löw apparently saw the same thing in the course of the tournament. In the third match against USA, Götze came into the match only a quarter of an hour before the end and in the aforementioned duel with Algeria, the then Bayern professional had to go out at half time after a very weak performance.

Götze explained how he finally fought his way out of the low and then became the match winner in the final as Joker against the Albiceleste. “I had no idea what awaited me. All people always talk about this gate, this gate, this gate! But for me, that shot is the least important part of it. I’ve done it a thousand times. This gate is the consequence of a decision I made in my hotel room: I didn’t want to be depressed anymore about how everything was going for me. I wanted to concentrate as much as I could on training for the final.”

DFB-Team: “Must he know”: Lahm advocates Grindel-Aus
Goalkeepers worry Löw
We use cookies to ensure that we give you the best experience on our website. If you continue to use this site we will assume that you are happy with it.Ok