Goretzka warns to be calm: “Upheaval far from over” 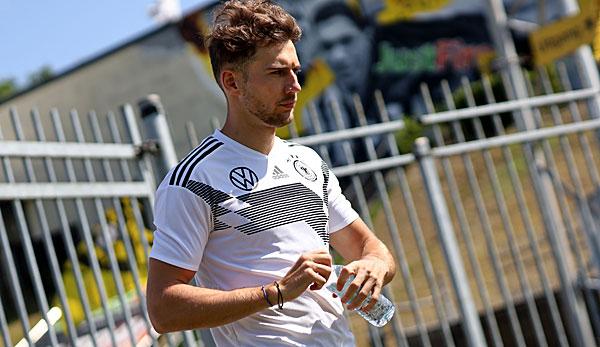 After the 8:0 victory over Estonia in the European Championship qualifier, the DFB players are putting the brakes on the euphoria. Co-trainer Marcus Sorg is satisfied.

SOCCERSCORE has collected all the voices and reactions to the DFB eleven’s mixed-zone, press conference and RTL interviews for the cantonal victory.

Marcus Sorg (co-trainer): “It couldn’t have gone much better. The decisive factor for this was certainly the enthusiasm of the team. That’s what we wanted, we wanted to inspire the audience and that’s what we did. Such a performance is only possible if the team is concentrated, holds together and works well. You also have to say that the head coach was not there, but the team didn’t take advantage of that, but still fully pulled along. I’m sure the Jogi will be pleased.”

Marco Reus: “We have set ourselves the goal of scoring more goals than against Belarus. We showed that early. We have found a better rhythm today and used our scoring chances. The two opponents were not the yardstick for us. We used these two games and the training sessions to find each other better on the pitch. We must also show that against Holland.”

Joshua Kimmich: “It was a lot of fun. Of course the opponent wasn’t the best, but we showed a certain joy and passion. The atmosphere was great and everyone had fun – except the opponent. Also in the training camp we worked very well. We have an uncanny quality in our management – no matter what comes from the bank. Often you can only change when nothing can go wrong anymore. It’s different here.”

Manuel Neuer (captain): “I am very satisfied. We could be proud of what we have shown in the last two international matches. We had a good field position and played down our opponent. We’ve improved. “We played these two games down seriously and deserved to win.”

… about the goalkeeper question: “Of course there are always discussions. Healthy competition is also part of our philosophy. We are a team – even among the goalkeepers.”

Leon Goretzka: “It was already apparent in the first game and also in training that we were getting better and better at tuning up. The upheaval is far from over, it is far too early. There are always things to improve, to optimize. There are still quite other opponents approaching us, everything must be 100 percent right, we are still a long way from being there.”

… about his runs into the depths: “I will always try to switch on the front. This is a good way to create space, especially against such low-lying opponents. But I’m not the only one who goes deep.”

Take care: “I am not a national coach”
Hooray football in Mainz! DFB-Elf celebrates cantor’s victory
We use cookies to ensure that we give you the best experience on our website. If you continue to use this site we will assume that you are happy with it.Ok