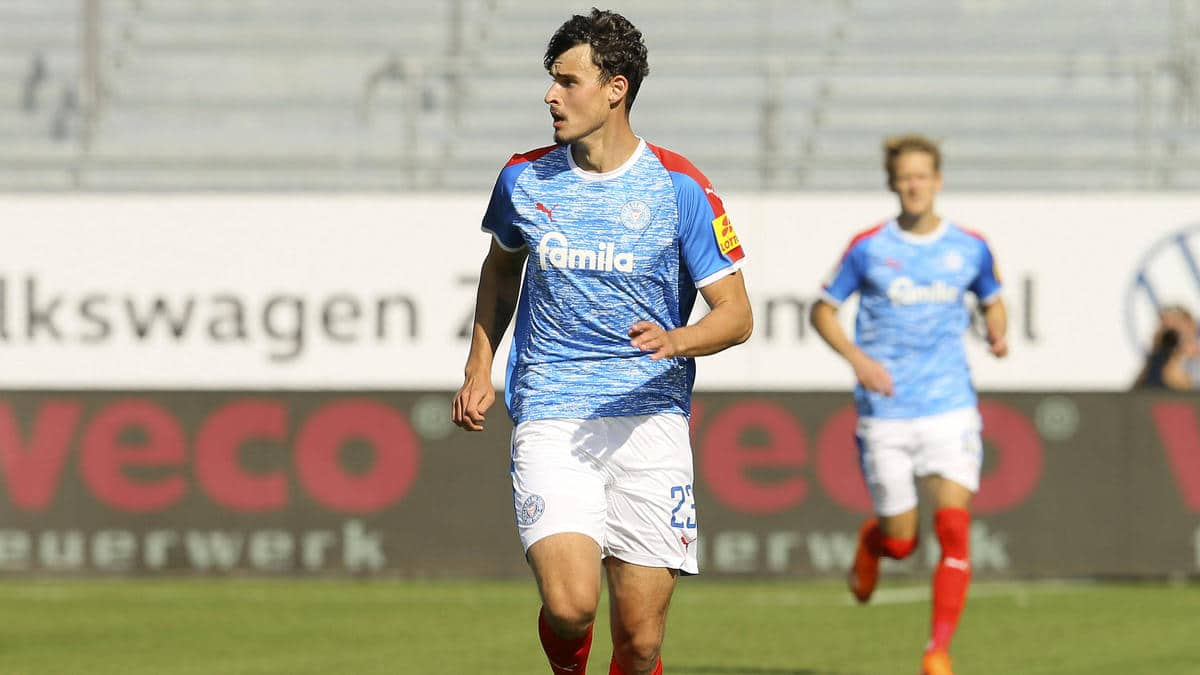 Janni Serra once caused a sensation in the BVB’s junior teams. However, the midfielder did not make the leap to the Dortmund pros. Apparently, his way now leads to the Bundesliga via detours.

The “kicker” reports that Serra will move from Holstein Kiel to Arminia Bielefeld in the summer.

The contract of the 22-year-old, who was part of the Störche team on Wednesday evening, who conquered FC Bayern sensationally from the DFB Cup, expires at the end of June. The native of Hanoverian had turned his back on BVB 2018. Kiel had 300,000 euros to pay for the services of the bullish attacker.

A worthwhile investment: Serra made the breakthrough at the Förde, meanwhile the former German U21 national (16 appearances, two hits) has multiplied its market value.

24 goals and ten assists in 71 games aroused the interest of numerous first and second leaguers. The Arminia apparently secured the contract.

In the current season, the 1.93 metre Serra has been successful five times across all competitions.

Rangers striker in sight of FC Bayern?
Speculation about new round in Sancho poker