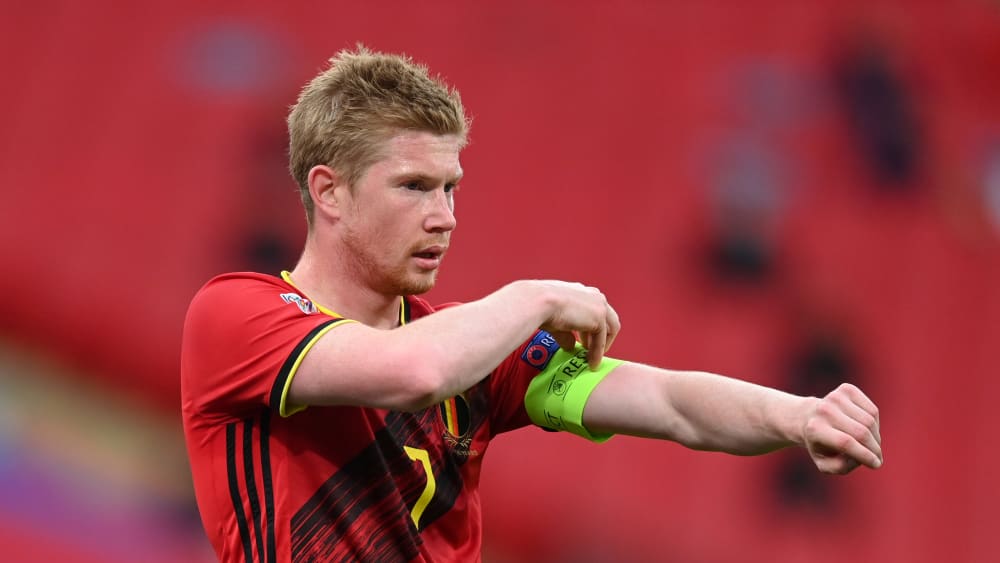 According to the Belgian association, the midfielder had returned to his club Manchester City. “He wouldn’t have been fit enough to play against Iceland.”

De Bruyne had been substituted in the 73rd minute of Sunday’s 1-2 defeat to England in Wembley. National coach Roberto Martinez had spoken of a “precaution” and that De Bruyne had “not been at 100 percent”.

Whether the 29-year-old will be able to participate in ManCity’s home game against Arsenal on Saturday (6.30 pm, LIVE! at kicker) will have to be shown. Just like Raheem Sterling, who canceled the trip to England’s national team due to injury. Both are among the key players of coach Pep Guardiola.

Ibrahimovic tested positive again – several corona cases at Italian clubs
Consultants expect Sancho change in winter
We use cookies to ensure that we give you the best experience on our website. If you continue to use this site we will assume that you are happy with it.Ok