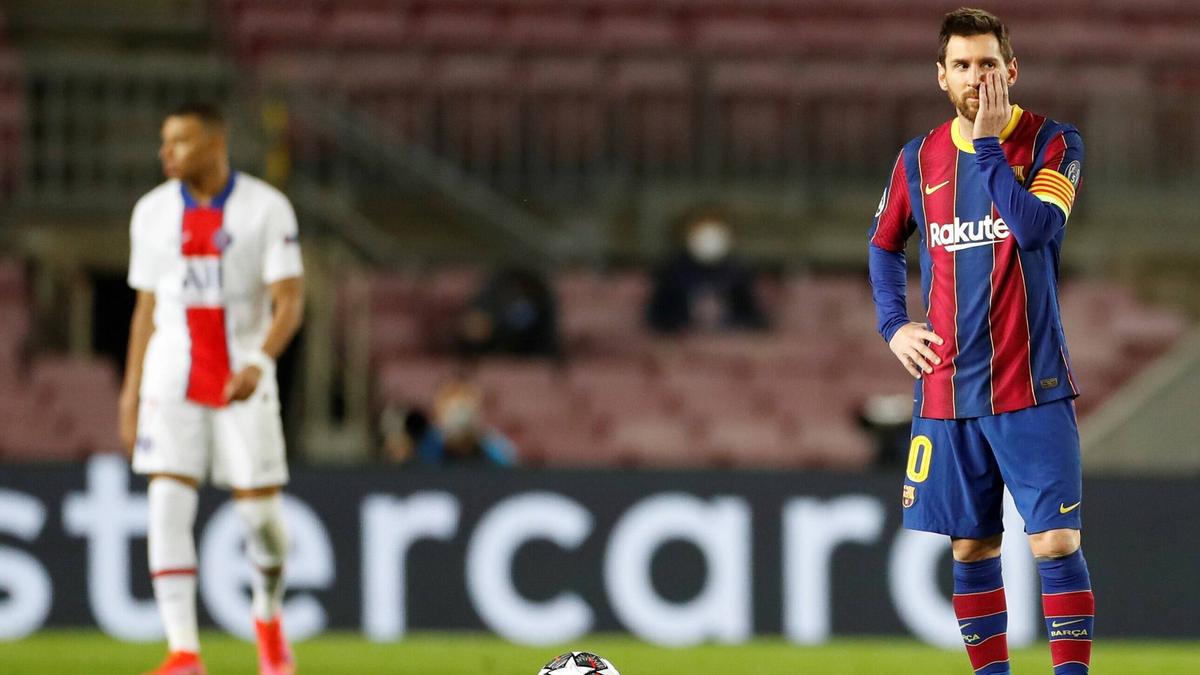 Is he staying? Lionel Messi’s future is still unclear, the best footballer in the world does not yet have a club for the summer. A frustrating Champions League evening sends a clear signal to the superstar where the journey could go.

The long, long marriage between Lionel Messi and FC Barcelona is splendid. The Argentinian becomes the best player of our time with the Catalans, the magical football art of Messis conjures up trophy after trophy in the club museum. It’s a unique story. It ends painfully, almost painfully. Not with a bang like Messi would have liked with his resignation in the summer. No, it’s going to end painfully slowly. Frustrating, humiliating and obvious to everyone: something great is just dying. Or is already dead.

“This time it’s really over”, writes the Spanish sports daily “As”, traditionally closer to FC Barcelona, after the frustrating 1:4(1:1) of the falling big club against a furious Paris St. Germain in the first leg of the Champions League eighth final. There had been a duel before, in 2017 Messi and his remaining colleagues of an extraordinary generation of football players lost 0-4 in Paris – and delivered one of the greatest football miracles of recent history at Camp Nou 6-1.

The nightmare isn’t over yet

Kovac speaks after Triple-Triumph of FC Bayern
How Amazon Plans Champions League Transfers
We use cookies to ensure that we give you the best experience on our website. If you continue to use this site we will assume that you are happy with it.Ok