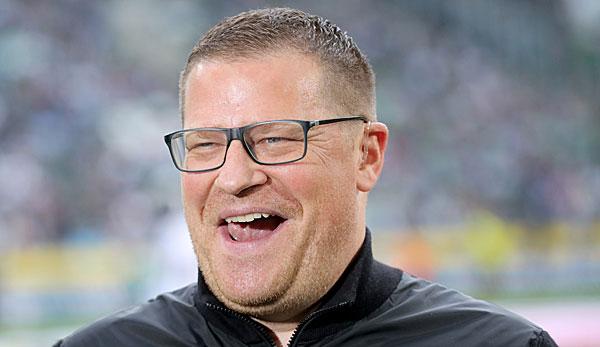 According to Max Eberl, he is well on the way to attracting well-known players to Borussia Mönchengladbach. “We are there and are in intensive talks with our dream players, we are already very far away”, said the sports director of the foal team of the Rheinische Post. The newspaper also named some of the transfer candidates.

Max Eberl is to have 40 million euros available as a transfer budget, whereby the change from Thorgan Hazard to Borussia Dortmund has washed a lot of money into the cash register. But it will probably be some time before Eberl, Rose and Co. can present a new member to the fans of the Lower Rhine eleven: “We still have a lot to talk about, especially with the clubs,” Eberl admitted.

His players are currently on the road with their national teams or already on holiday. For Eberl, this is not an option: “My goal as Sports Director is, of course, to implement what we imagine as quickly as possible. According to Rheinischer Post, he is particularly concerned with four players: besides Maximilian Philipp (BVB), Dodi Lukebakio (FC Watford, was lent to Fortuna Düsseldorf) and Valentino Lazaro (Hertha Berlin), Xaver Schlager is also on the agenda.

According to the report, the Austrian from RB Salzburg will be the player who has made the furthest progress in negotiations, and the fixed transfer fee for the player amounts to twelve million euros. The Jeremy Toljan (Borussia Dortmund) and Benito Raman (Fortuna Düsseldorf) brought into play by the picture should not be an issue for Gladbach.