Not in quarantine: Can and Witsel are missing against Schalke 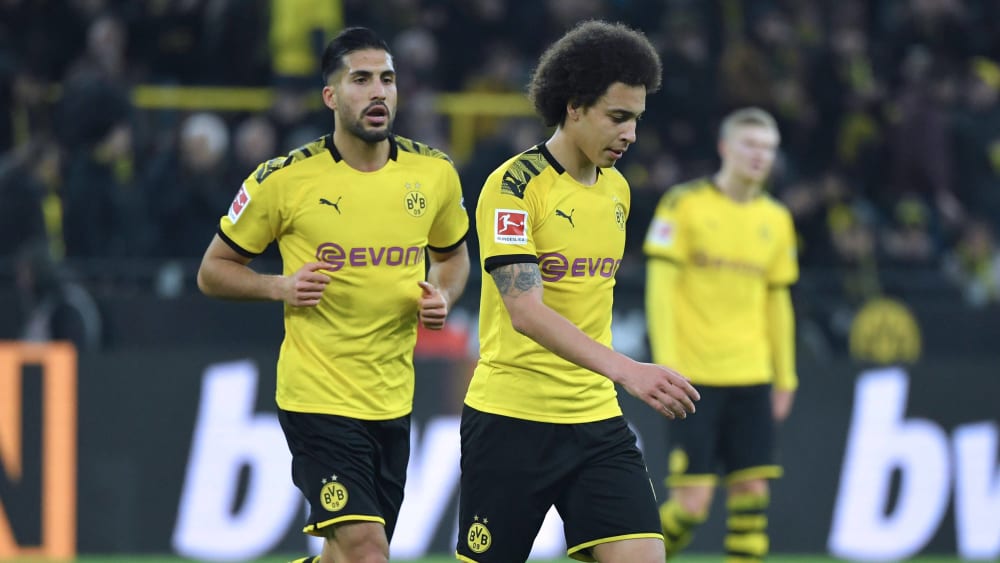 For days Can and Witsel have been struggling with muscular problems that prevent them from participating in team training. A match against Schalke seemed unlikely, their absence from the derby since Tuesday can be considered as certain.

Both midfielders came for treatment in their private cars on Tuesday and later drove away on their own. The other Dortmund players, who have been in quarantine in their usual team hotel on site since Saturday, will be taken by bus to training or to the hotel. It is mandatory that the teams seal themselves off seven days before the game.

As a result, it can only be concluded that Can and Witsel are not in quarantine and are therefore not allowed to play, as they are unable to comply with the minimum time of one week before the game – regardless of their injuries, about which the club has not yet provided any precise details. In addition, captain Marco Reus (build-up training), Dan-Axel Zagadou (knee ligament injury) and Nico Schulz (muscular problems), who did not play any role at all before the Corona break, will be eliminated.

Krösche denies agreement with Rashica
Gladbach: Eberl explains the plan until kick-off in Frankfurt
We use cookies to ensure that we give you the best experience on our website. If you continue to use this site we will assume that you are happy with it.Ok