Marvel at Marco Rose: 14 days of training in a row 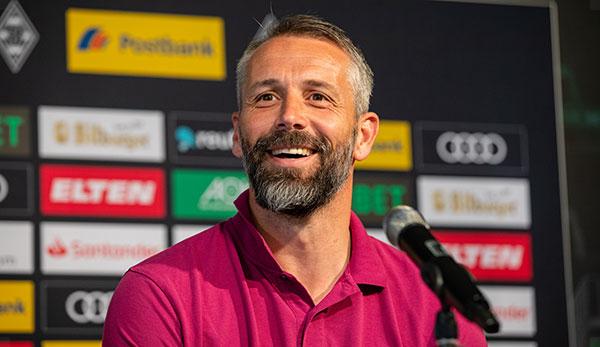 Almost any training under the 42-year-old would take longer than 120 minutes. At last the foals trained two weeks at a time, so far there was only one day off under Rose. “I like to work hard. We’re going through the 14 days now, so it was important for the boys to get their heads and bodies down on Sunday,” Rose is quoted as saying.

“We’re building on a great foundation here, but we want to make the game even faster and more dynamic,” says Rose. Audience darling Patrick Hermann said of the intensive programme: “You can see in every unit that there is a plan behind it. That’s why I even enjoy the hard work.”

One thing is clear: Rose wants to implement the philosophy in Mönchengladbach that made Red Bull Salzburg the perfect oiled machine in Austria. The series master was flexible, tried to seek and find active solutions in all phases of the game – whether in possession of the ball, in pressing or in the switching phases.

Hardly any other team in Austrian football history was as dominant – in contrast to Red Bull’s “traditional”, pure pressing philosophy, Rose focused on his own possession of the ball. It’ll take Rose more than two weeks to get his new club there, though.

Rose had been brought to Salzburg by Rangnick in 2013 as an academy trainer. Two months after his triumph in the European Youth League in April 2017, the German, who succeeded Oscar Garcia, was promoted to head coach at Red Bull Salzburg.