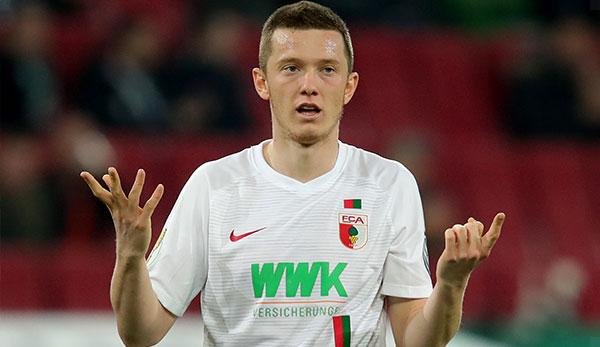 The transfer poker around Michael Gregoritsch between SV Werder Bremen and FC Augsburg seems to be over. The two clubs could not agree on a transfer fee, as Werder sports director Frank Baumann explains to kicker.de.

Gregoritsch will most likely continue to go for goals for FC Augsburg. Despite the strong advances made by player and coach Florian Kohfeldt, the deal was ultimately defeated by different ideas about the transfer fee. The people of Fuggerstadt are demanding 15 million euros for their striker, according to Bild, while Werder does not want to spend more than ten million euros.

In a kicker interview, Frank Baumann explains that the negotiations are largely over: “A transfer of this magnitude is completely unrealistic for us this year, regardless of our name,” and we must therefore “only be able to add up one and one”.

Baumann continues: “We have already invested a lot, but have not taken in this order of magnitude. It is still the case that we can roughly estimate for transfers only spend what we have earned. So you don’t need a math diploma.”

By missing out on the international competitions, Werder did not have a lucrative source of income. So far, the Hanseatic League has already invested ten million with striker Niclas Füllkrug and ÖFB-U21 kicker Marco Friedl.

Marvel at Marco Rose: 14 days of training in a row
Tests: Victories for FCA and Wölfe – Niederlechner scores double
We use cookies to ensure that we give you the best experience on our website. If you continue to use this site we will assume that you are happy with it.Ok