Interview with Jonas Hofmann: “I think I would dress up as an Aladdin” 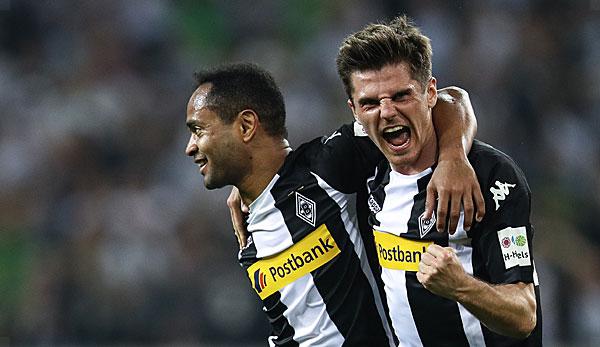 Jonas Hofmann meets Borussia Mönchengladbach on the last matchday with his former club Borussia Dortmund (15.30 o’clock in the LIVETICKER) – and could blow his championship title. In an interview with SOCCERSCORE and Goal, he talks about the special game and the surprising change of coach at Gladbach.

Mr. Hofmann, would you have a guilty conscience if you were to deprive your former club Dortmund of the chance to win the championship on Saturday?

Jonas Hofmann: No, I wouldn’t feel guilty at all. I go to the weekend with a lot of anticipation and think only of us. After all, we can win our own little championship title with one win – nothing else would be our entry into the Champions League.

Which Dortmunder would you comfort first in the case of the cases after the game?

Hofmann: The one I see first. Of course, I would be particularly sorry for Marco Reus. He’s been waiting so long for his first championship title.

When Dortmund last became champion in 2012, you played in the second team.

Hofmann: That was madness then! Dortmund is a crazy football city and without the club it would only be worth half. Accordingly, the double had an effect on the whole city at that time.

What memories do you have of the celebrations?

Hofmann: We went to the cup final with the professional team and after the 5:2 victory we also took part in the celebration. This evening I have to this day exactly in the head. I remember the song “On days like these” ran up and down.

Let’s get to the present and your current club. Since a few weeks the separation from trainer Dieter Hecking in summer is fixed. Has he changed since then?

Hofmann: No. He’s professional enough to hide it. Nothing has changed in terms of training, match analysis and all the other stuff. I don’t see any carelessness in his everyday life. On the contrary, he has told us that it would be even better for him to reach the Champions League now to say goodbye to the club.

Were you surprised by the club’s decision?

Hofmann: All of us were surprised because it came out of nowhere. Normally one reads speculations in the media before such a decision is made, but we did not hear anything until the announcement.

Was it the right decision?

Hofmann: Max (Eberl) said to us that we want to go a new way with a new trainer and strike again. After the next season, I think you can draw a first interim conclusion.

What kind of picture do you have of the new coach Marco Rose?

Hofmann: During my time in Mainz I learned that he once played there. But I didn’t meet him personally. Last season, of course, I watched the European League matches of his Salzburg team against Dortmund.

A few days after the announcement that he will take over as a trainer, you have extended your contract until 2023. Is there a connection?

Hofmann: I think Max talked to Marco Rose about this. I didn’t have a personal conversation with Marco Rose yet, but that wasn’t even necessary.

Page 1: Hofmann on the 2012 Double Celebration and the change of coach at Gladbach

BVB-Anti-Nazi-Posters: Confession there
Official: Kruse leaves Werder Bremen
We use cookies to ensure that we give you the best experience on our website. If you continue to use this site we will assume that you are happy with it.Ok