BVB with interest in Gladbach’s Plea? 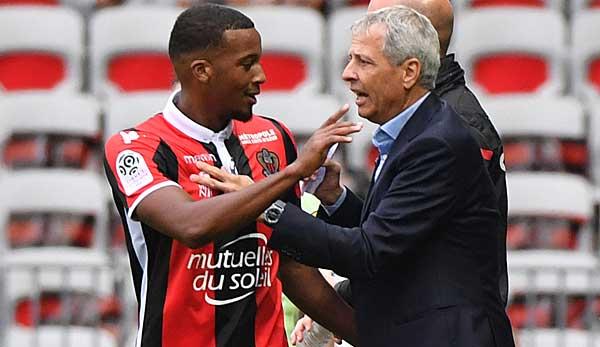 Borussia Dortmund is apparently interested in Borussia Mönchengladbach’s Alassane Plea. Hans-Joachim Watzke celebrates his 60th birthday today, Friday. Raphael Guerreiro is traded again in Spain. Here you can find all news and rumours about the BVB.

According to Yahoo France, Borussia Dortmund should have kept an eye on Alassane Plea. The middle forward of Borussia Mönchengladbach could thus become the fifth new member of the BVB.

Whether Gladbach would, however, be willing to sell his 26-year-old Frenchman is questionable. Those responsible had last ruled out Plea saying goodbye. “Our plans for the next season fully include Alassane. The change of coach from Dieter Hecking to Marco Rose doesn’t change anything at all”, sports director Max Eberl told the kicker.

In any case, Plea is still under contract until 2023 and with 15 goals in 35 games last season was an important part of the foal eleven. However, Plea made the breakthrough at OGC Nice under BVB coach Lucien Favre.

The 26-year-old met 35 times under the Swiss aegis in 81 games and is aware of Favre’s role in his development. “He helped me a lot. He made me an even bigger killer outside the gate,” Plea said.

This is another reason why the Frenchman was associated last summer with a switch to the black-yellow, who a year ago were still desperately looking for a centre forward. The BVB then hired Paco Alcacer, who played an outstanding first season in Dortmund and was firmly hired by FC Barcelona.

Borussia Dortmund’s CEO Hans-Joachim Watzke is celebrating his 60th birthday today, Friday. On the occasion of his anniversary, Watzke summarized the BVB’s seasonal goals in the picture. FC Bayern is like a mountain, “an eight-thousander! You can try to defeat him. And that’s what we want. We want to be champions!”

The newcomers Julian Brandt, Nico Schulz, Thorgan Hazard and Mats Hummels are supposed to help here. “I have the feeling that something really good is growing here again,” Watzke classified. His tireless work was decisive for the landed transfers: “I don’t give up holidays. I just don’t feel like it.”

For the time being, the 60-year-old is not thinking of saying goodbye to Borussia. “But if I notice that I can’t convince people anymore, I’m gone immediately.”

Meanwhile, he looked back somewhat wistfully on the team from 2011 to 2013, which at the time was severely slowed down by the departure of Mario Götze, Mats Hummels and Robert Lewandowski (all FC Bayern): “We had a team that could have won anything in the next few years. If we had been given time.”

According to a report by Estadio Deportivo, FC Sevilla is interested in Borussia Dortmund’s Raphael Guerreiro. The 25-year-old, most recently traded with FC Barcelona and Paris Saint-Germain, will therefore be fighting with ex-Schalker Sergio Escudero in Seville for a place in the rear left-hand corner of the four-legged chain. A position he rarely held at BVB during the past season.

In spite of some appealing performances under Lucien Favre, who made Guerreiro and Thomas Tuchel play more offensively, there is increasing speculation that the Portuguese will leave the BVB this summer.

The Portuguese seemed to be in intensive talks with FC Barcelona recently. According to reports by Catalan SPORT, Barca expected a transfer fee of around 25 million euros. Dortmund had taken Guerreiro from FC Lorient in the summer of 2016 for twelve million euros.

Hummels: Decision “quickly clear” after talks with the bosses
Sammer stops as expert at Eurosport
We use cookies to ensure that we give you the best experience on our website. If you continue to use this site we will assume that you are happy with it.Ok