Bundesliga: Without Brazzo? FCB sets out on USA trip 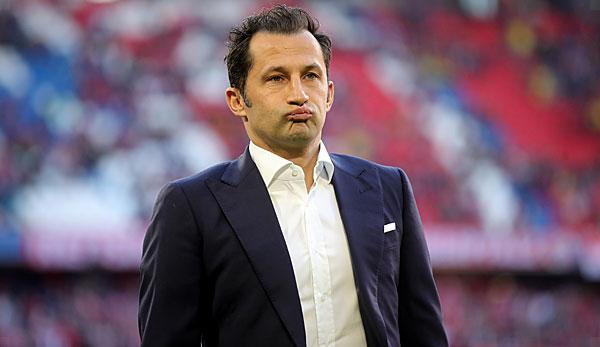 FC Bayern Munich will start their trip to the USA on Monday. New additions to Bavaria Lucas Hernandez and Hasan Salihamidzic will probably be missing. Willy Sagnol compares Hernandez with his former teammate Bixente Lizarazu. Here you can find all news and rumours about FC Bayern.

FC Bayern leaves on Monday for the Audi Summer Tour USA 2019 (July 15 to 24). In Los Angeles, Houston and Kansas City, the German record champion will meet FC Arsenal, Real Madrid and AC Milan as part of the International Champions Cup. “We want to use these three games to practice certain procedures in our game, so that we can then also see this in the Bundesliga,” coach Niko Kovac is quoted on the club’s homepage.

Lucas Hernandez will be missing in the USA. After his knee surgery, the newcomer will continue his individual build-up training in Munich.

In addition to Hernandez, Hasan Salihamidzic and Uli Hoeneß will also stay in Munich. According to tz information, the sports director and the club president want to avoid the time difference in order to be able to advance possible transfer negotiations undisturbed.

Board boss Karl-Heinz Rummenigge, on the other hand, is embarking on the journey.

Willy Sagnol compares Lucas Hernandez with his former teammate Bixente Lizarazu: “He is fast, robust, very aggressive and has many duels. In a way, Lucas is like Bixente Lizarazu, he can defend outside as well as inside. He is a fighter,” said the former co-coach of FC Bayern in an interview with kicker magazine.

Hernandez had “an eye for the right moment in the duels, down as well as above”. Sagnol appreciates first and foremost the aggressiveness and mentality of his compatriot. However, Hernandez could still work on his feeling for the ball. “His long passes and flanks do not always arrive precisely,” said Sagnol.

Nevertheless, 42-year-old Sagnol predicts a successful future for the accomplished central defender in Munich: “He comes across as a positive man, a man with great ambitions. That’s why I think Bavaria and Lucas fit together.”

According to Sagnol, it could still take “a few months” before Hernandez can deliver top performances for the German record champion due to his injury break. Until September, October you have to be patient with him.

In any case, the changeover was not so easy. Hernandez played for Atletico for 12 years. He could learn discipline from Germany first and foremost, my Sagnol. “When I was 22, I still had a need. And it is not enough to learn the language as a player; you also have to deal with the culture of a foreign country.” After all, Hernandez introduced himself in German at his first press conference.