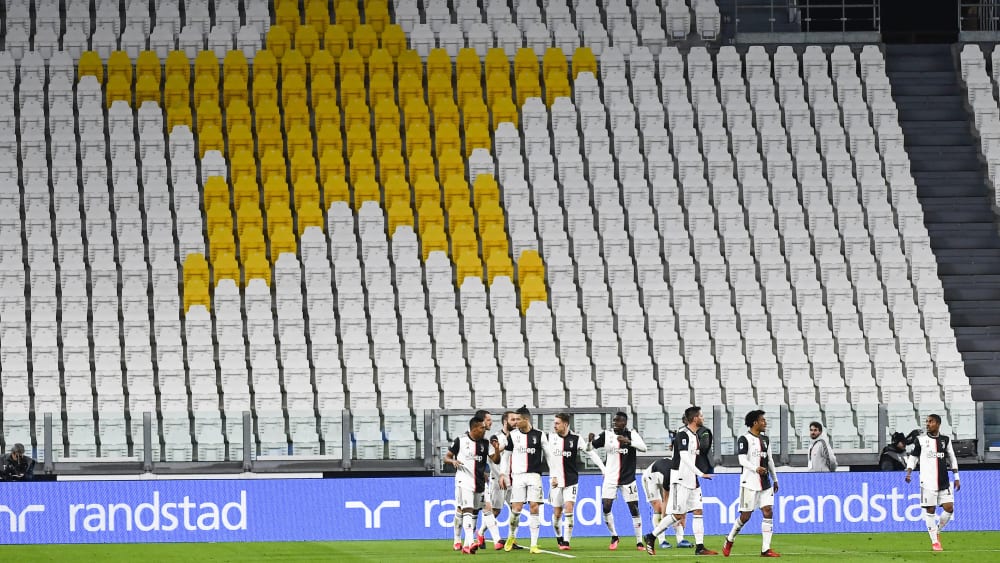 The coronavirus has caused quite a stir in the Serie A schedule. So the top match between Juventus and Inter was played a week late – but with the spectators excluded. From a sporting point of view, it was an open duel for a long time, but then Juve struck out in an icy cold and wouldn’t let the butter get off his bread. For the 174th time, the Derby d’Italia was on the agenda on Sunday – but this was something very special, because it was not under a good star. Due to the corona epidemic in Italy, no spectators were allowed – the first time in the history of this pairing ever.

The ghostly backdrop on the pitch had no particular effect on the players. In sporting terms, the two top clubs, who together can boast a whopping 53 Scudetti, fought an exciting and open duel on equal terms. Juve was better in the beginning, pushing left against a tightly packed Milanese team and was particularly dangerous when it came to standards. De Ligt (8., 22.), Matuidi (16.) and Bonucci (38.) could not defeat Handanovic in the Inter box.

Football-GAU in Italy: Three scenarios seem possible
Without CR7, but with shooting help: Juventus enter the Champions League
We use cookies to ensure that we give you the best experience on our website. If you continue to use this site we will assume that you are happy with it.Ok