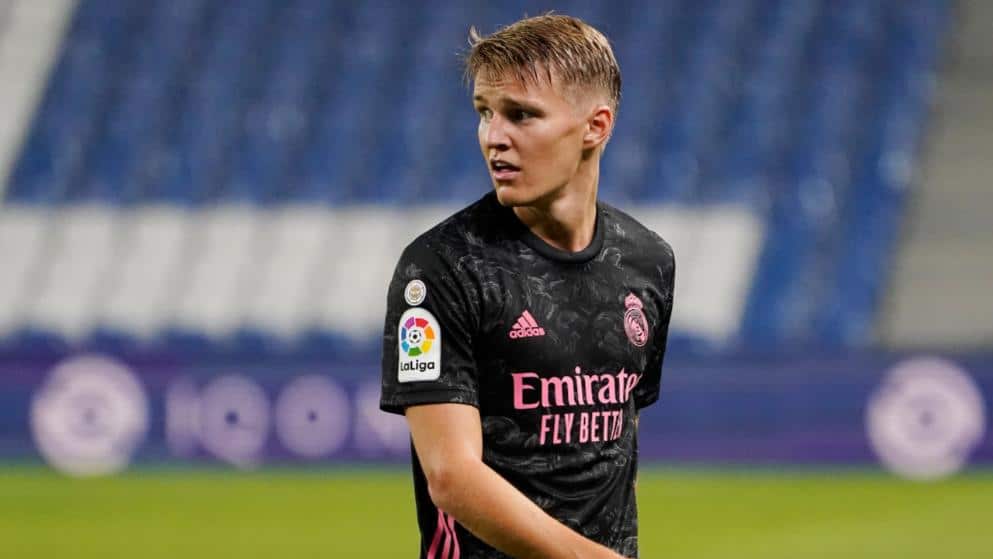 Spain’s record champion Real Madrid has been unable to win his first league game of the new season.

The team led by international Toni Kroos came 0-0 on Sunday night at Real Sociedad from San Sebastián. The hosts were closer to victory in the game without spectators due to the coronavirus pandemic, but the focus was on midfielder star Martin Ödegaard, who was allowed to play for the first time in a league match in the starting eleven of the Madrilene. Of all places against the club to which he was still on loan last season. The Norwegian had joined the royal team as a teenage talent in 2015, but had not yet been able to assert

himself and had been loaned out several times. Now coach Zinedine Zidane seems to be planning hard with Ödegaard. In the 69th minute he was replaced after a decent but rather inconspicuous performance.

Vice champion FC Barcelona with superstar Lionel Messi will only start the league on 27 September with the match against Villarreal.

Curious: Champions League semi-finalist wants HSV-Flop
Bilbao poker at Martínez: Deal “on the rocker”
We use cookies to ensure that we give you the best experience on our website. If you continue to use this site we will assume that you are happy with it.Ok