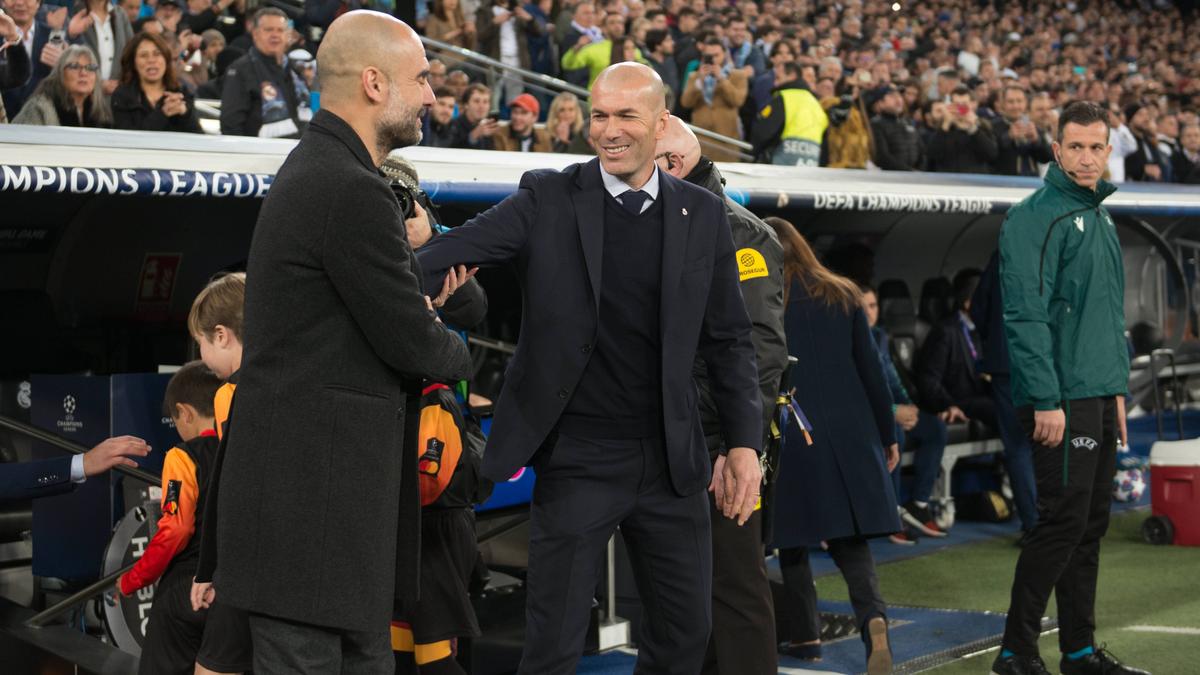 Celebrity coach Pep Guardiola of Manchester City has watched every match the opponent has played since the relaunch in the Spanish league before today’s Champions League relay against Real Madrid.

How Madrid’s coach Zinédine Zidane wants to play still remains a mystery to him. “It’s hard to predict his tactics,” Guardiola said. “When you think you have a clue, he comes up with something else.” ManCity had created good conditions in February

with a 2-1 first-play victory in Madrid. However, much has changed since the start of the corona crisis. “It’s been a long time since we played the first game, this is a different game,” Guardiola said. “We miss the audience, that’s the reality.”

Next turn in the drama: 750 million euros package for Messi?

London-Schreck Gnabry and his FC Bayern are ready
CL titles worth less? BVB icon Weidenfeller comments
We use cookies to ensure that we give you the best experience on our website. If you continue to use this site we will assume that you are happy with it.Ok