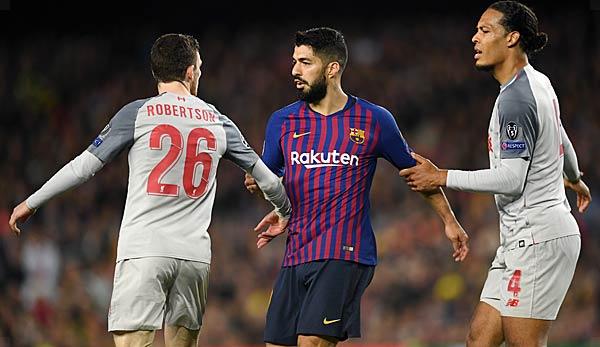 Liverpool FC’s Andrew Robertson has sent a clear message to the Uruguayans after his private duel with Barcelona’s Luis Suarez: “Who’s in the final now?” he asked BT Sports after the final whistle, mischievously. “That’s the only thing that matters,” he added.

The Scot had already clashed with Suarez in the first leg in Barcelona.

Both had argued in the players tunnel and the duel continued at Anfield Road: In the first half, Suarez Robertson took a run towards the Liverpool goal off the ball – and Robertson had to be substituted for the break struck.

“Was rehearsed – demanded the ball”: Origi explains wrong corner kick
Piano instead of console: Origis complicated way to the Liverpool hero
We use cookies to ensure that we give you the best experience on our website. If you continue to use this site we will assume that you are happy with it.Ok