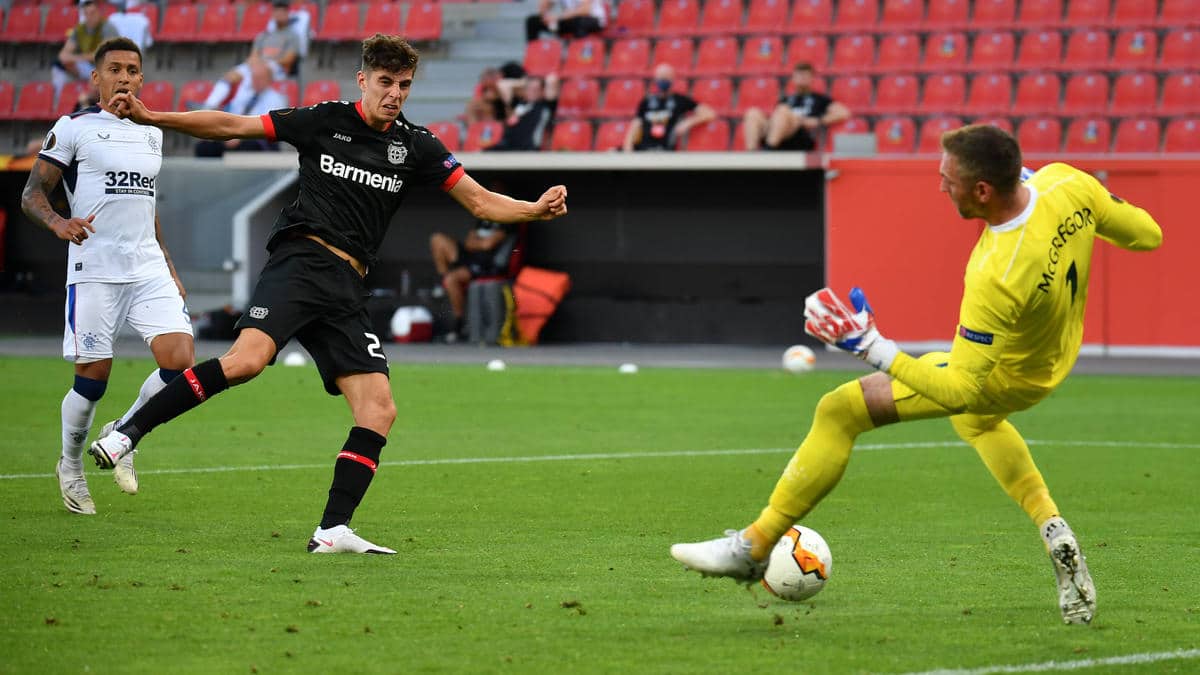 Successful cold start in hot weather: Bayer Leverkusen has sovereignly marched into the quarter-finals of the Europa League and can dream of his first title in 27 years.

The team of coach Peter Bosz won a highly deserved 1-0 (0-0) victory against Scottish vice champion Glasgow Rangers in the sixteenth finals back game and is back under the last eight in a European competition for the first time since 2008.

In the quarter-finals, however, Italian vice champion Inter Milan, one of the top favourites, is waiting in Düsseldorf on Monday. “It’s a game – that’s the advantage and the disadvantage. We want to win and achieve big things,” said Bayer captain Lars Bender at “DAZN”.

All German Champions League games on Pay-TV
Seville shuts down Rome – Wanderers continue
We use cookies to ensure that we give you the best experience on our website. If you continue to use this site we will assume that you are happy with it.Ok