City out in the CL? Recommendation for UEFA has arrived 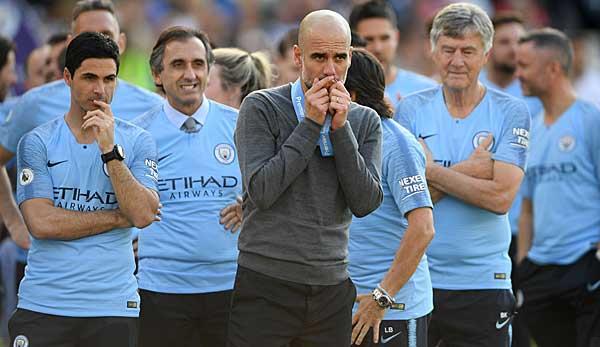 UEFA’s Financial Control Authority has made an official recommendation to the Chamber of Judges in the Manchester City case. UEFA did not announce how this turned out at first on Thursday.

The New York Times had previously reported that the recommendation was to exclude the English champion from the international competition for at least one season. Manchester City is said to have violated the rules of financial fair play.

On Tuesday, City reacted with harsh criticism that the Times report was motivated by the intention “to damage the club’s reputation and its commercial interests”.

If the UEFA Chamber of Finance Control for Clubs (FKKK) were to follow the recommendation, this would be a decision with far-reaching consequences. For the first time, UEFA would have excluded a top club from the premier league for unfair financial practices.

In 2014, Manchester City, like Paris St. Germain, was fined 20 million euros for similar charges. According to the news magazine Der Spiegel, today’s FIFA President Gianni Infantino, in his capacity as UEFA General Secretary, is said to have campaigned for a milder penalty for the two top clubs funded from the Gulf region.

In the current case, not only the UEFA but also the Premier League has started investigations against the Skyblues. “The Premier League has previously contacted Manchester City to request information on recent allegations and is in constant dialogue with the club,” a League spokesman told the picture.

Also in the Premier League there are “detailed financial regulations and strict rules in the areas of recruitment of Academy players and ownership of third parties”. Therefore, league officials investigated the current case “and will give Manchester City an opportunity to explain the context and details”.

It is not yet clear what the consequences will be for the Sheikh club at home, which has also fallen into the crosshairs due to violations of rules for the protection of underage youth players.

However, the Premier League regulations state that violations of financial fair play could also lead to the withdrawal of titles. It is considered likely that the league officials will be guided by UEFA’s level of penalties in handling the case.