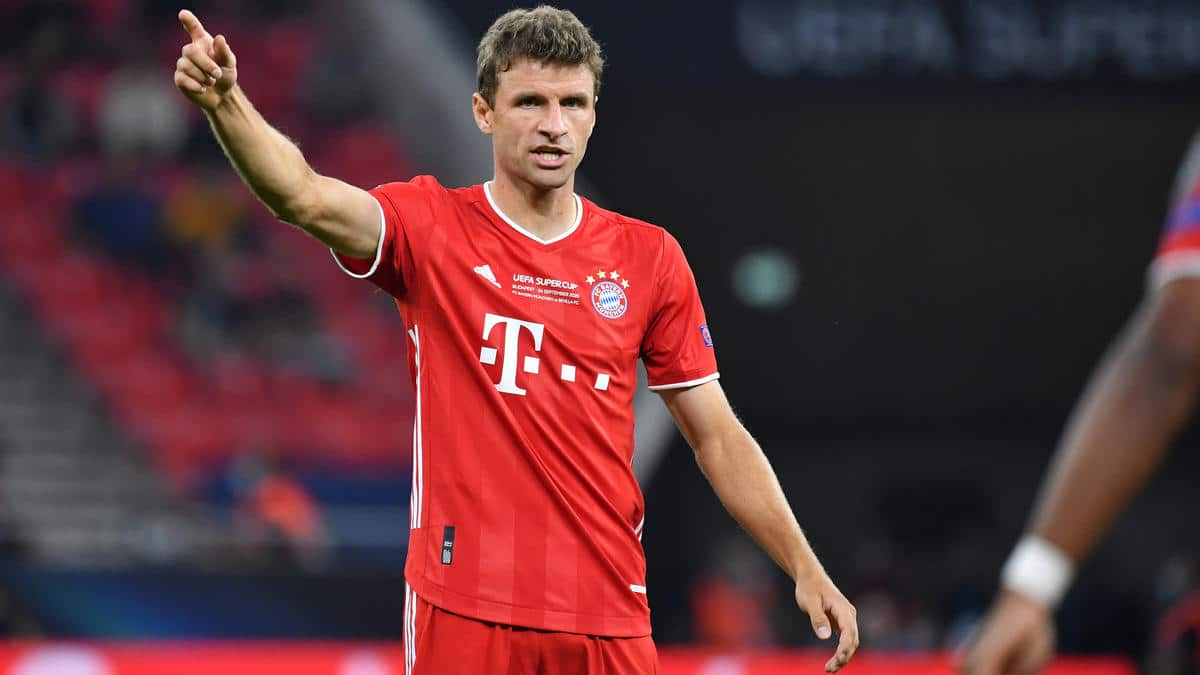 After winning the Supercup against FC Sevilla, FC Bayern has the second “quadruple” in its history. But the new season has only just begun for the Munich team. In order to be adequately equipped for all competitions, some new entrants are still to come. A project supported by Thomas Müller.

Following the match in Budapest, the primordial rock of the German record champion commented on the personnel planning of his employer.

“We still have until 5 October and I hope of course that we will get reinforcements,” Müller admitted, but he feels no anxiety: “There are other people with us, I believe, already and we do not want to do this in public.” The ex-national player is already convinced

of the basic quality of the team. “If nothing happens again, then we just say: ‘Challenge accepted’,” says Müller.

Captain Manuel Neuer agreed with him. “There is a lot of talk that we have a narrow squad and that it will be a great season. But as you know the people responsible, we will also be heavily staffed everywhere,” the 34-year-old is sure.

Media: FC Bayern threatens Alaba-GAU
Löw nobles Flick: “Moved into line of top trainers”
We use cookies to ensure that we give you the best experience on our website. If you continue to use this site we will assume that you are happy with it.Ok