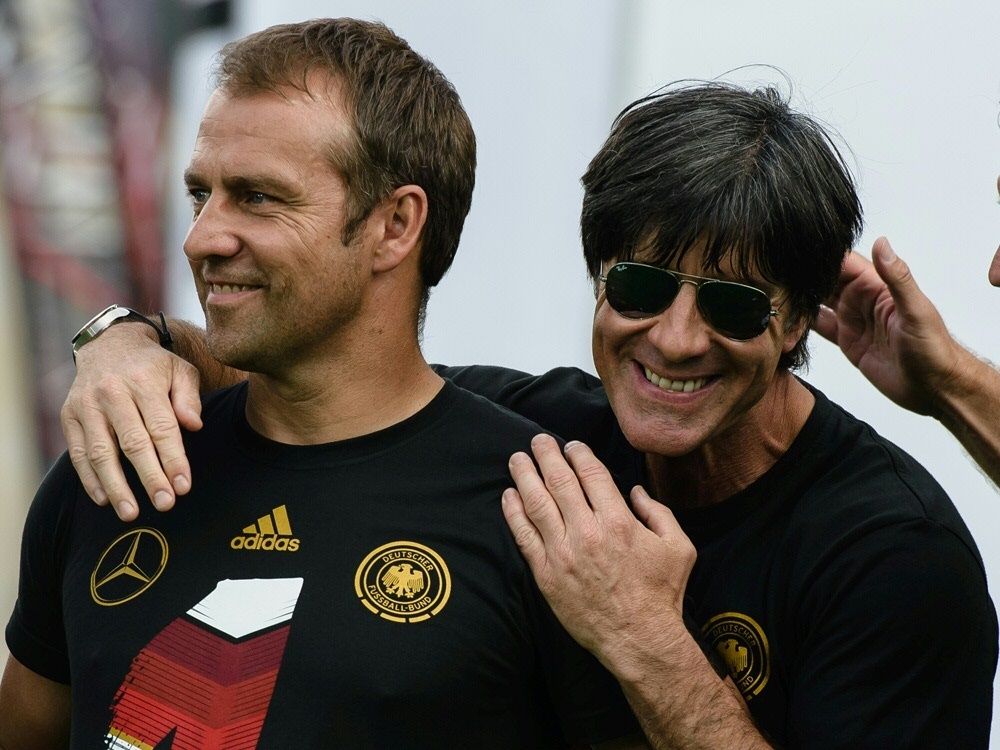 Federal coach Joachim Löw praised his former assistant Hansi Flick once again in the highest tones after his election as Europe’s coach of the year.

The coach of Bayern Munich is “definitely in the ranks of the top trainers not only in Europe, but worldwide. He had always had the quality,” said Löw, who had led the German national team to the World Cup title in 2014 together with Flick.

“This award crowns a fantastic year and nobles coach Hansi Flick. At the DFB, we have already experienced what an exceptionally good coach is with a special feeling for his players,” said DFB Director Oliver Bierhoff on “DFB.de”, paying tribute to the 55-year-old. This “great appreciation” also “enhanced the training of the DFB Academy’s football teachers, because the other nominees Jürgen Klopp and Julian Nagelsmann were also trained in Germany,” added Bierhoff.

The UEFA election highlighted Flick’s “outstanding sporting and human skills”, “which may not have always been adequately appreciated in the past,” said DFB President Fritz Keller.

Cuisance before moving to Marseille

This is how Müller thinks about the transfer finish at FC Bayern
Sarr at the check – Rudy to TSG – SVW wants Grujic
We use cookies to ensure that we give you the best experience on our website. If you continue to use this site we will assume that you are happy with it.Ok