Manuel Gräfe leads the top match between FCB and BVB 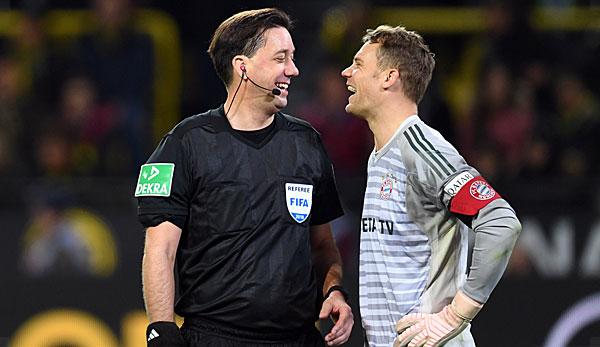 Manuel Gräfe will lead the Bundesliga top match of the 28th matchday between FC Bayern Munich and table leader Borussia Dortmund (Sat., 18.30 o’clock in the LIVETICKER). Already at the first leg (3:2 for Dortmund) Gräfe acted as referee.

In the course of his career, the 45-year-old has already led six matches between the two currently best German clubs – including the DFB Cup semi-final in the 2016/17 season, when Dortmund won 3-2 in Munich. Dortmund won four of the six duels under Gräfes’ leadership. FC Bayern has two victories.

Gräfe has been in charge of Bundesliga games since 2004 and has also been on the international stage since 2007. In the 2010/11 season he was voted Germany’s referee of the year.

To date he has whistled 239 Bundesliga matches, 34 European Cup matches and 15 international matches. His most important match so far was the DFB Cup Final 2013 between FC Bayern Munich and VfB Stuttgart (3:2).

The remaining program of Borussia Dortmund in the Bundesliga
Bundesliga table, schedule and results: the 28th matchday of the Buli at a glance
We use cookies to ensure that we give you the best experience on our website. If you continue to use this site we will assume that you are happy with it.Ok