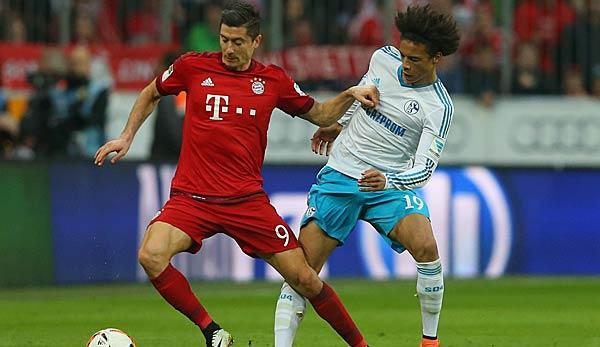 FC Bayern Munich’s top striker Robert Lewandowski spoke out in favour of Leroy Sane’s signing in a media round on Wednesday.

“Sane is such a player with great quality. Such players can bring the team forward from day one,” said the top scorer in the Bundesliga. In addition, he added that the Bavarians had “not yet spoken the last word on transfers”: “I know something is going to happen”.

Only a few days ago, President Uli Hoeneß had made cautious remarks about transfers: “We have reached the limit of 80 million for Lucas Hernandez. I don’t think that’s going to be exceeded on any more transfers.” Sports director Hasan Salihamdzic had agreed to this in the Sport Bild on Wednesday: “Of course we will stick to it.”

Leroy Sane had recently turned down an offer from Manchester City to extend the contract. “We’ve been trying to extend with Leroy for a year and a half,” city coach Pep Guardiola confessed a few days ago.

Nevertheless, even if Sane does not come to an agreement with the citizens, it is extremely unlikely that he could go for less than 80 million euros. City would be more likely to call a three-digit million sum.

The 23-year-old Sane scored 16 goals in 47 compulsory games for the Citizens in the past season, but often sat on the bench in the important games and demanded more playing time recently.

Fix! BVB also commits Brandt after Hazard
James allegedly wants to leave Bavaria
We use cookies to ensure that we give you the best experience on our website. If you continue to use this site we will assume that you are happy with it.Ok