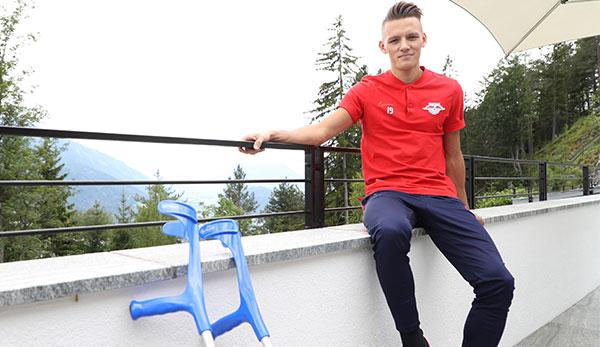 Austria’s team kicker Hannes Wolf no longer expects to be able to play for his new club RB Leipzig this year: “My personal goal is to be able to train with the team this year”.

The 20-year-old, who came from Red Bull Salzburg last summer for twelve million euros, said this on Monday at the Leipzig training camp in Seefeld, Tyrol.

Wolf had broken his right outer ankle in a foul in Austria’s U21 European Championship opening match against Serbia (2-0). As it now became known, the offensive player also suffered a rupture of the syndesmoseband.

The 20-year-old expects to be ready for the second half of this season. “If I can’t do this, something’s gonna go wrong in rehab,” he said. So far, however, everything is going as hoped: “I am a little surprised myself how well things have been since the operation. I am satisfied with the healing process and hope that it will continue like this in the next few weeks.”