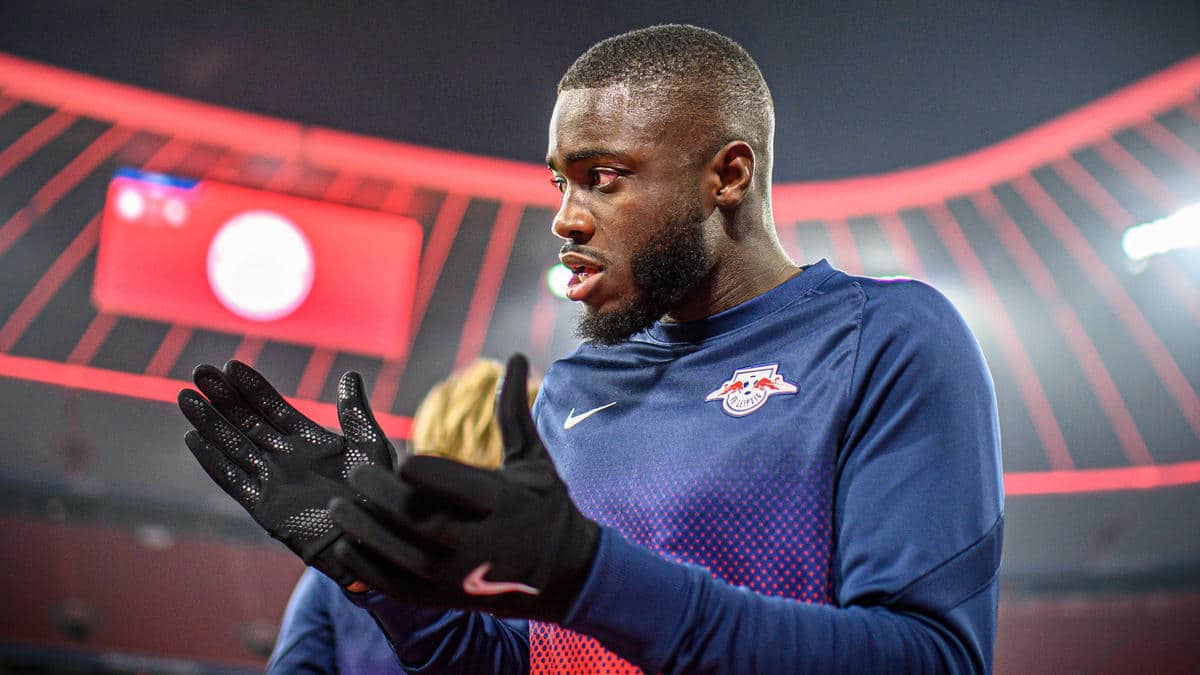 Despite his contract renewal at RB Leipzig, Dayot Upamecano is constantly being associated with other clubs.Slowly but surely things are getting serious between FC Bayern and Dayot Upamecano. According to the “kicker”, there has already been contact between the German football record champion and the central defender, which is considered a 1-A solution for the successor of David Alaba.

According to this, Bavarian coach Hansi Flick has already exchanged ideas with Upamecano. The contents of the conversation have not been handed down, but it was probably mainly about the perspective in Munich, where the 22-year-old will form the inner defense alongside Niklas Süle and Lucas Hernández in the future.

According to the trade magazine, however, a decision has not yet been made, but a deadline has been set: by mid-February, the Frenchman wants his professional future clarified.

BVB change from rose more and more concrete
Modeste out of shape! Cologne has new strikers on the line