Media: Messi has had enough of Dembélé 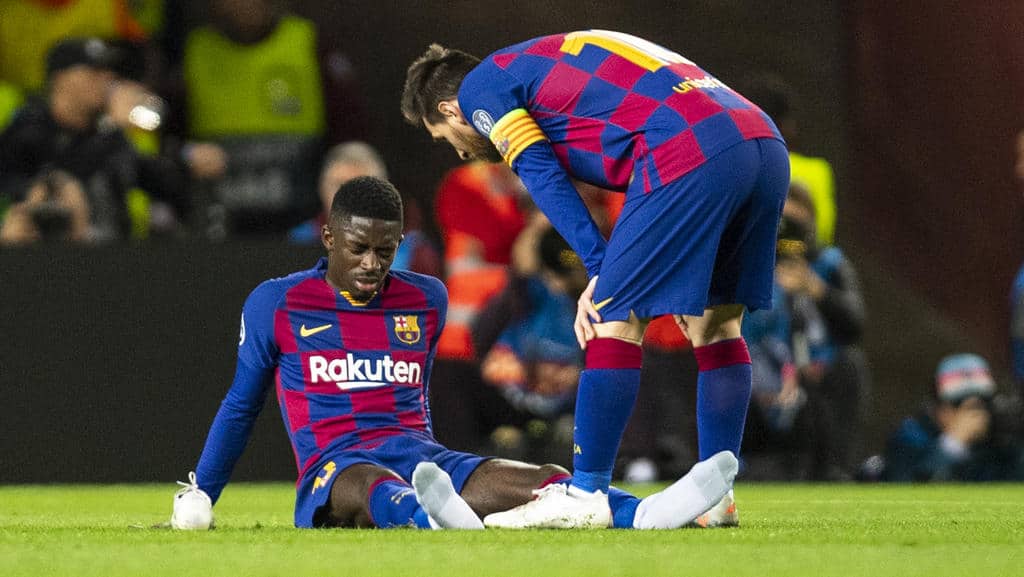 FC Barcelona recently dismissed coach Ernesto Valverde after two matches in a row without a win and put Quique Setién on the bench. The new man has put Barca back on the road to success, but the Catalans are not in the sunshine.

Among others, superstar Lionel Messi and a former star of Borussia Dortmund are said to be the focus of the trouble. Ousmane Dembélé, who transferred from BVB to FC Barcelona in summer 2017 for a whopping 125 million euros, and Senegalese international Moussa Wagué have fallen out of favour with Messi. This is what “Don Balon” reveals.

According to La Pulga, the duo “by far” does not have the level that they need to be successful with Barca. Above all, Messi’s patience with Dembélé should be at an end. The Argentinian is even said to have suggested to the Barca bosses that they should part with the two problem cases.

Anyway, Wagué and Dembélé do not play a major role in Catalonia at the moment anyway. Wagué has only been on the pitch once in the league and in two Champions League games, while Dembélé has played five league games (one goal) and four matches in the premier league. The 22-year-old Frenchman is, however, once again suffering from a serious injury: since the end of November, a thigh injury has put the offensive player out of action.

40 tickets stolen for cup match against Barca
Messi saves Setien’s league debut with Barca
We use cookies to ensure that we give you the best experience on our website. If you continue to use this site we will assume that you are happy with it.Ok