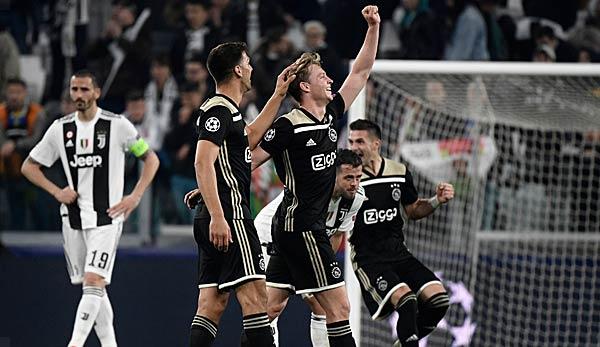 The Champions League is entering the hot phase, four teams are still fighting for the title of the premier league. SOCCERSCORE tells you all the dates, dates and information about the rest of the games in the competition.

Experience all Champions League games live and in full length with the DAZN trial month!

The semi-finals of the Champions League will take place this year on 30 April and 1 May. First, Tottenham Hotspur and FC Barcelona will have a chance to take a decisive step towards the final in their own stadium.

On 7 and 8 May, the second legs of the respective pairings will be played, then FC Liverpool and Ajax Amsterdam will have home rights in the premier class.

While Tottenham and Ajax are battling it out for a place in the final in a duel between the supremacy teams, FC Liverpool and FC Barcelona are two European heavyweights who will be competing against each other.

Ajax will again go into the game with self-confidence en masse against the strong running Spurs. In this duel we can expect a fast-paced football match with technically high-quality offensive football on both sides.

DAZN customers can look forward to seeing all games live and in full length. DAZN will show the UEFA Champions League and the semi-finals of the Europa League on the following Thursday.

Test the extensive sports offer of the streaming platform NOW with the free DAZN trial month!

The final of the Champions League will take place in Madrid this year. At Wanda Metroplitano, the home of Atletico Madrid, the two best teams in Europe will duel for the coveted Henkel pot. Around 67,700 spectators fit into the Spanish round. The final will take place on 1 June 2019.

The quarter-finals offered all football fans the best entertainment and excitement from the first to the last minute. That’s how the quarterfinal games ended.