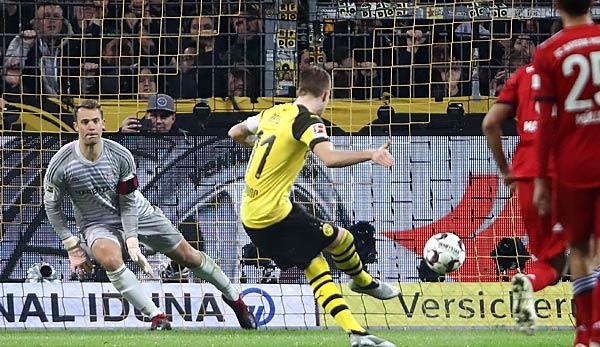 Manuel Neuer and Marco Reus agree on the quality of the BVB management. Newer said FCB.tv: “They are definitely better positioned in width.” Reus sees the BVB as “the best team”.

“And as one hears from the outside, they are hungry for the German championship – but we are still there,” said the national goalkeeper in the club’s own station. “They have already made one or two transfers and are definitely better positioned in terms of width,” Neuer continues.

Marco Reus, captain at BVB, agrees with him and answered the question why the Dortmund champions wanted to become champions during the presentation of BVB’s new Amazon documentary: “Because we have the best team”.

BVB has already invested over 100 million euros this summer, including in the transfers from Julian Brandt, Thorgan Hazard and Mats Hummels. FC Bayern, on the other hand, are still waiting for the king’s transfer in the offensive, despite the commitment of Ivan Perisic.

Paderborn extended with coach Baumgart
BVB against Augsburg without Guerreiro
We use cookies to ensure that we give you the best experience on our website. If you continue to use this site we will assume that you are happy with it.Ok