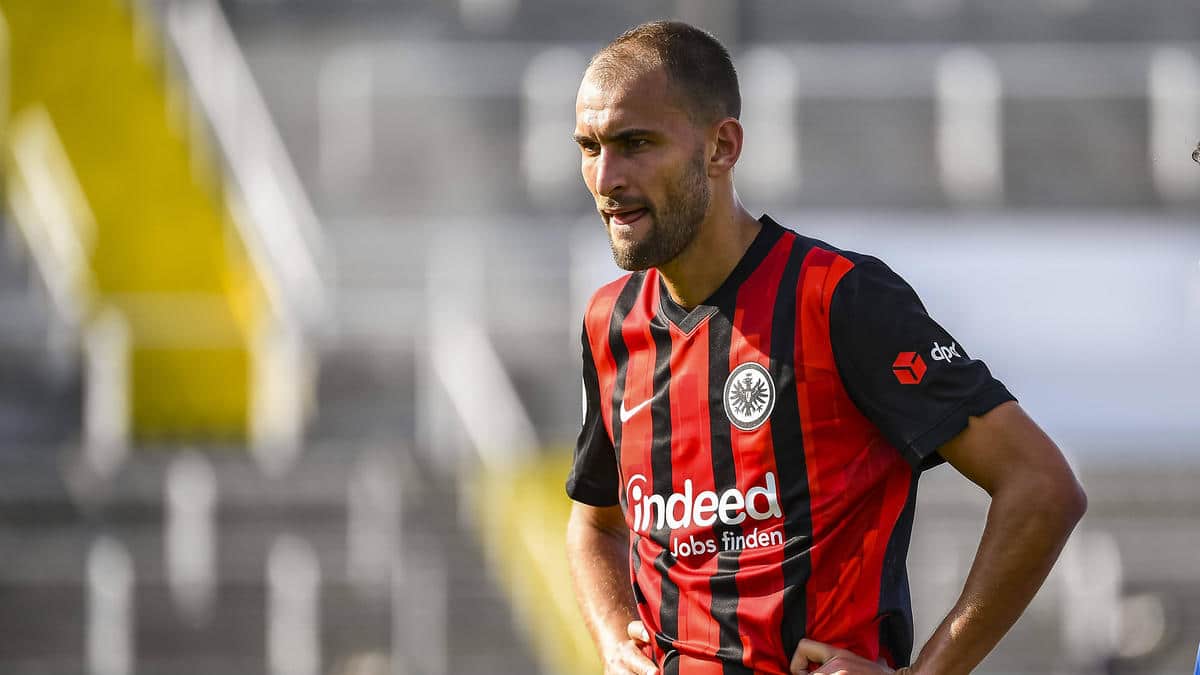 Eintracht Frankfurt may have to fear the departure of a player a few days before the start of the Bundesliga. Forward Bas Dost is said to have been targeted by team manager José Mourinho at Tottenham Hotspur.

As the “Daily Mail” reports, the sixth table of the last Premier League season is currently preparing an offer for Dost.

Mourinho sees the enthusiastic Dutchman as an ideal complement to the Spurs attack by Harry Kane and Heung-min Son. According to the report, Eintracht calls for a redemption sum of almost six million euros for Dost.

Tottenham was interested in the 31-year-old two years ago, but a change broke up and Dost stayed with Sporting. From there, he moved to Frankfurt last summer for around seven million euros. His decent record so far in the SGE jersey: 31 competitive matches, eleven goals.

Bas Dost meets in the DFB Cup for Eintracht Frankfurt

Hoeneß and his ambivalent gathering image
Gnabry Triple Pack Super Sané Lewy Rabona S04 Set
We use cookies to ensure that we give you the best experience on our website. If you continue to use this site we will assume that you are happy with it.Ok