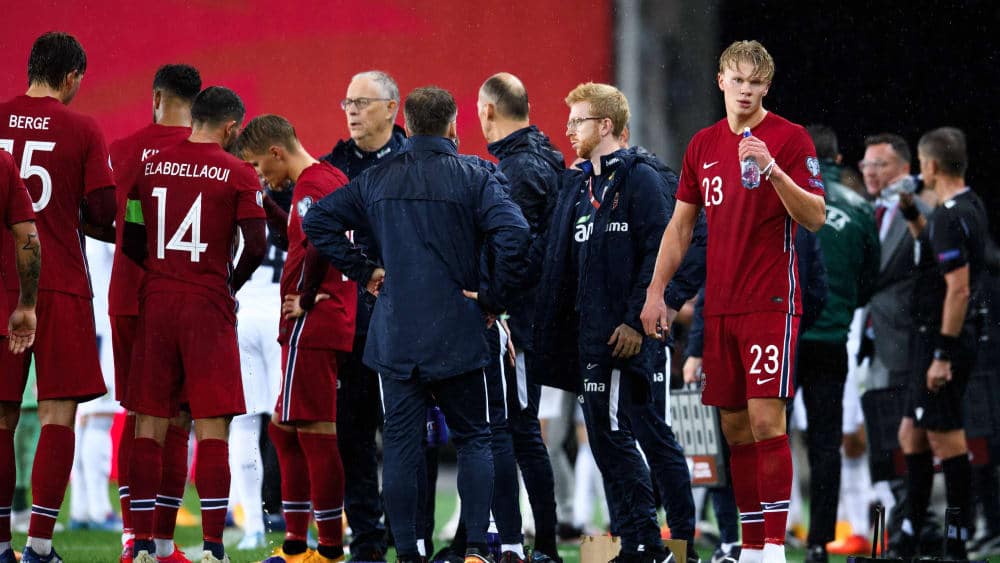 Norwegian national coach Lars Lagerbäck has offered his resignation after the semi-final-out in the play-offs for the European Championships.

“I have no problem stepping aside if my employer so wishes,” the Swede said to Serbia after the 1-2 after overtime in Oslo. But first he wanted “two victories” in the forthcoming Nations-League duels with Romania and Northern Ireland, Lagerbäck added.

The contract of the 72-year-old, who had participated in World and European Championships with Sweden, Nigeria and Iceland, actually runs until the 2022 World Cup in Qatar. However, after the missed chance to participate in the European Championships for Norway for the first time since 2000, criticism of outdated tactics and incorrect selection of personnel is massive.Attacker Erling Haaland also expressed his frustration. “I didn’t feel at all involved in the game,” complained Borussia Dortmund’s striker, who was completely out of the game except for a goal chance in the first half. “I’m not going to scold now,” Haaland continued on “TV2,” but I’m really angry. That was simply not good enough. That’s just disappointing. We had a good opportunity to come to the European Championships. “Real Madrid

midfield director Martin Ödegaard complained:” It feels more pale. We could hardly have been better prepared, but too many had a bad day. ”

Zorc sees “better balance” at BVB
Revealed: England-Juwel Abraham was about to join BVB
We use cookies to ensure that we give you the best experience on our website. If you continue to use this site we will assume that you are happy with it.Ok