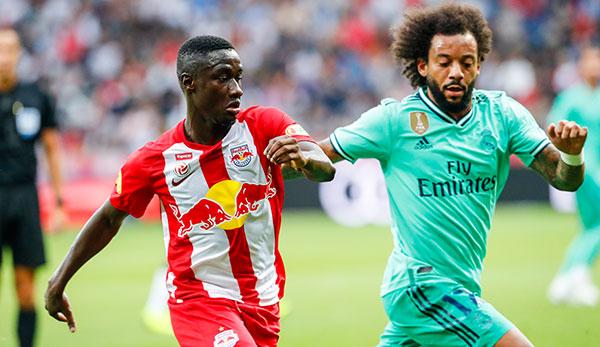 Diadie Samassekou has bid farewell to his employer Red Bull Salzburg on the social networks. The defensive midfielder should join TSG Hoffenheim, but an official announcement is still pending.

“I would like to thank Red Bull Salzburg for the unforgettable moments. We played great matches in the league and in Europe and were supported by incredible fans,” Samassekou wrote on Twitter and Instagram. “I had a great time with my teammates and the club, I’ll never forget that.”

In recent days Samassekou has been associated with a change to TSG Hoffenheim. The Bundesliga club is to transfer a transfer fee of twelve million euros for the 23-year-old. Samassekou apparently successfully completed a medical check on Wednesday. With the transfer sum Samassekou would advance to the record transfer of TSG. So far, the Croatian vice world champion Andrej Kramaric (eleven million) was the most expensive purchase.

The Mali international moved from his home to FC Liefering in the summer of 2015. One year later, he was promoted to the Salzburger fighting team and developed into an absolute leading figure in the bull game. He played 134 compulsory games for Salzburg, scoring two goals and six assists. According to reports, he will sign a contract with Hoffenheim until summer 2024.

Augsburg goal scorer Finnbogason clarifies his future
Paderborn extended with coach Baumgart
We use cookies to ensure that we give you the best experience on our website. If you continue to use this site we will assume that you are happy with it.Ok