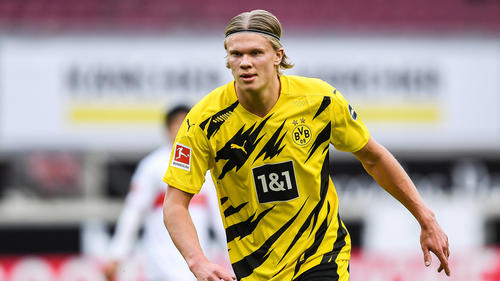 The rumours about Erling Haaland by Borussia Dortmund are not diminishing. On the contrary, the top European clubs are increasingly positioning themselves with the BVB star. The 20-year-old has also been associated with FC Bayern, but the biggest interest is likely to come from Spain and England.

For Dimitar Berbatov, it is understandable that Erling Haaland has become the focus of the European football allelite. The former Bundesliga star can imagine a BVB stay as well as a departure of Haaland from Dortmund.

„The big question is where he’s going next,“ Berbatov wrote in his „Betfair“column, but added: „At the age of 20, I wouldn’t be surprised if he stayed in Dortmund for another year.“ Harsh criticism of Kimmich: „Turns around too much elsewhere“
Müller knows: this is the recipe for success against PSG